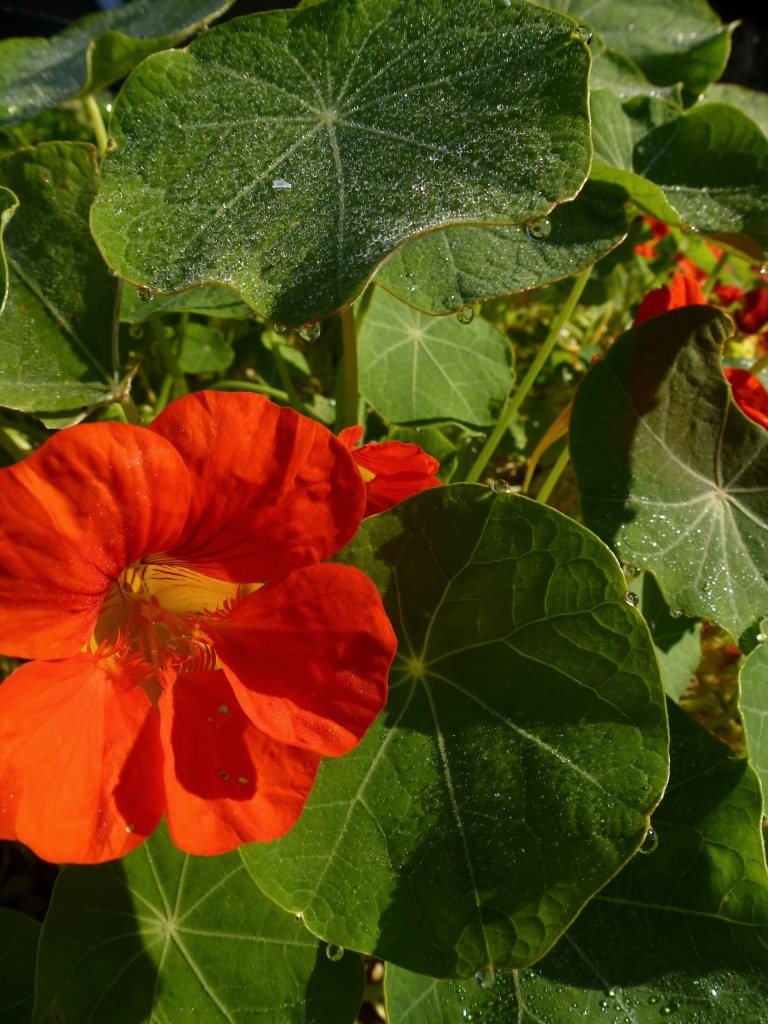 I have an infestation. Vine Weevil. They are not my friends.

Whenever I have spoken about them with other gardeny types, most have never come across vine weevils or, if they have, they may have seen just one or two of the nasty little grubs in a random strawberry pot. Well, when I first discovered them, it was in their masses. I would dig up dozens and dozens at a time. Enough to make you puke. They are writhy and gross. To treat them, you cannot nuke them. Certainly not when it comes to edibles anyway. Be nice, be organic (pay a fortune).

This stuff arrived on my doormat a month ago. I ordered it from Harrod Horticultural and they send it to you in March and September. It takes some dedication to do it (it takes flippin’ ages) and I procrastinated for a whole month. The instructions tell you to make a kind of soup that you have to water the garden with. A million watering cans later and you are supposed to water the garden all over again, give it a good going over. It also gives you mini heebyjeebies too. Within the candyfloss-like mixture that needs to be dissolved, are millions and squillions of microscopic worms, waiting to burrow into the vine weevil grubs and eat them from the inside out. Something like that any way. Despite heebyjeebies, they are my parasitic pals and I hope they do their thing.

I was out in the garden forever, getting in a soggy mess.  It is time consuming, measuring your soup and diluting it with water. Alongside my veg patch I have troughs with strawberry plants. I ignored them this year because they were poorly.  If I’d sorted them out (perhaps by getting rid of them) I wouldn’t have been fannying about in the garden today. Vine weevil grubs feast upon strawberry roots and that’s probably where the problem stems (!) from. The adults leave notches in the leaves. I hope that by treating the soil with nematodes, the strawberries will perk up for next year and I will be nice to them again. Perhaps I should have looked after them in the first place.

I had enough mixture to do the whole of the garden, including on the gravel. The strawberries send off runners that end up wedged in gravel paths. I think it looks quite nice so I leave them there. They are at risk of the dreaded weevil too, so it went all over. The gravelly bits look a bit messy right now. It’s autumns fault.

It’s all collapsing. Meh, I don’t care at this time of year. It doesn’t matter. This picture is post nematoding, it’s all the more heavy with watery soup.

The figs are at an end now. There were so many. Weeks and weeks of figs. I ate one of the last ones yesterday. Forced it down. I think there may be one or two left up the top but no more will ripen now. The leaves are dropping and the baby figs are giving up and going brown. I ate more than just one this year, in fact, I surpassed myself and sometimes ate two or three a day! Crazy, I know. I got used to their funny, pappy crunch and floral weirdness.

I wonder if anyone goes to the effort of saving sunflower seeds? I left this head turned upwards, thinking that a bird or two would take a fancy but it’s just going mouldy. I guess they hang their heads down for a reason.

[you know that no won picks thos sunflouer seeds but me and sumtims my brothur picks them. The petls wur reley brite yelow but now it is browney yelowey and they were a nice colour.] – Briefly taken over by a six year old. He’s in his jammies waiting for bedtime, it’s 8pm.

4 thoughts on “Getting rid of garden grubs. The polite way.”

Come on posty, I need to see issue 122 of @insidecrochet !! This is my contribution to the latest issue and I'm proper chuffed with it. Just need to get my hands on a copy! 🤪. It's a super simple shallow shawl with the colour changes giving it its impact. I used @coopknits DK, which I have to use again because it's gorgeous!🤩