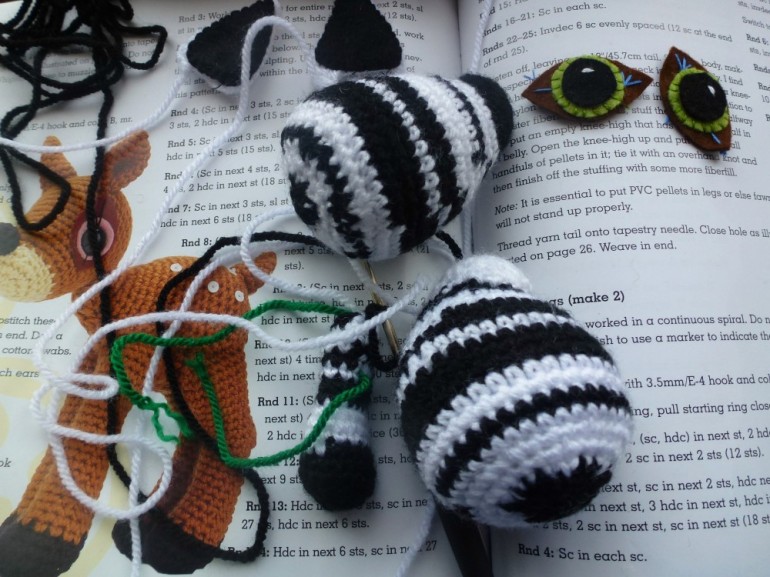 Better late than never, here is the Christmas stuff I made. Not all of it, I didn’t take pictures of it all. These are the things I thought I should record as they’re all firsts. 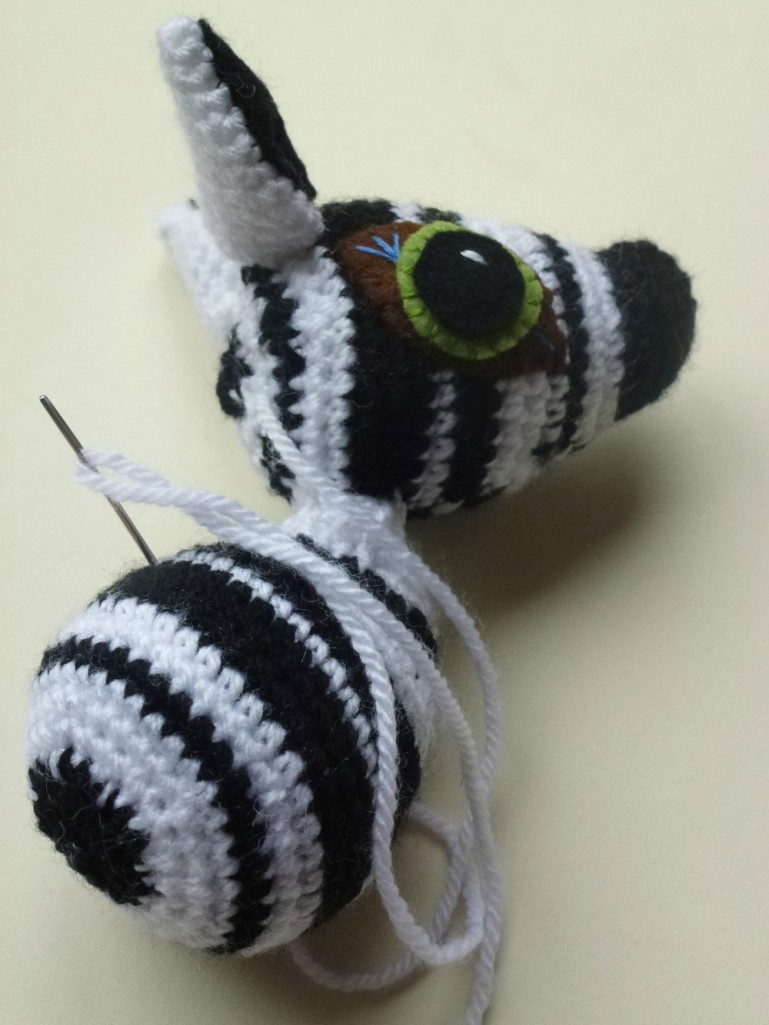 This fella was finished on Christmas Eve. I spent a long time on him, mostly in little bursts because like an old lady, I couldn’t work with the black yarn in the dark. And it was always dark in December. 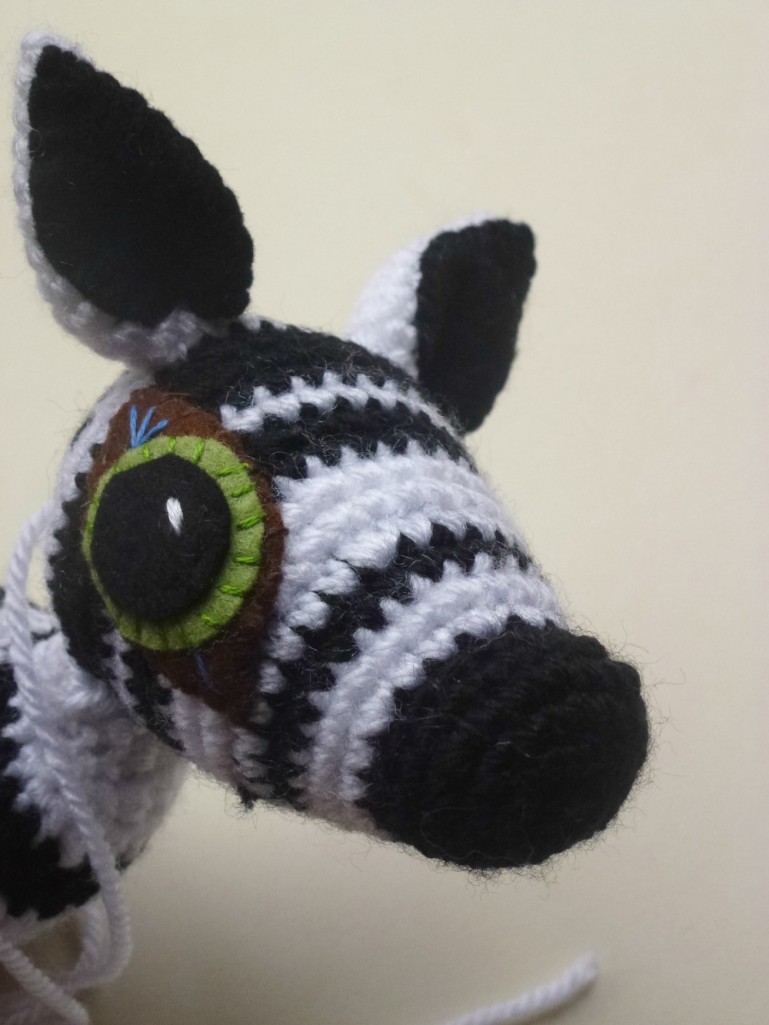 Many hours later…. I think I did an acceptable job. 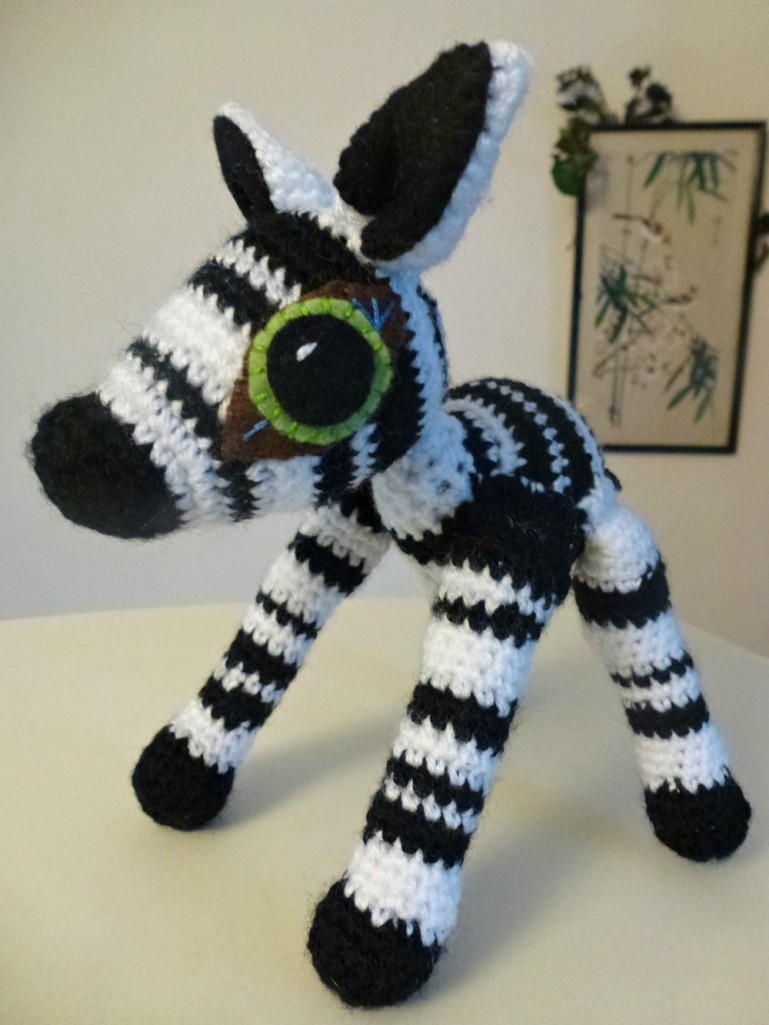 Little toddler fingers had smudged the camera lense and I didn’t notice until much later. 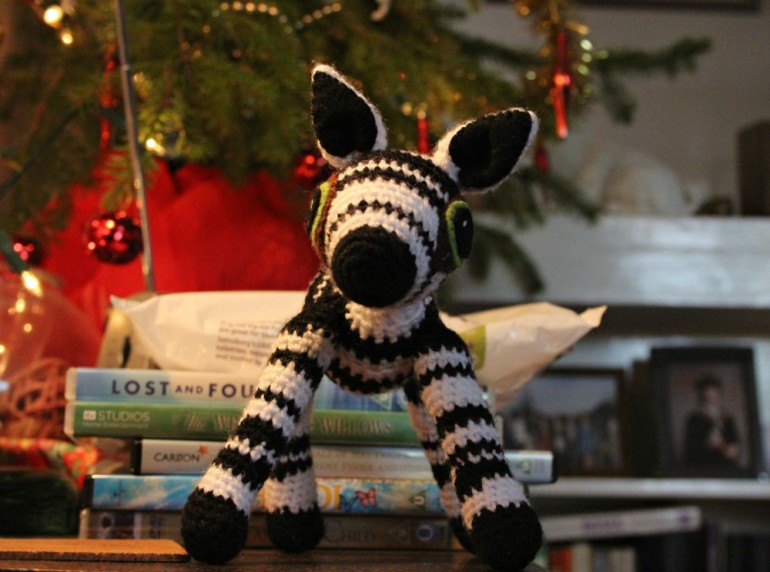 I followed Elisabeth Doherty’s pattern from her Amigurumi book. The pattern is for a fawn which is surrounded by other ami patterns (although I don’t fancy making a crochet burger really). However, I know that the fawn pattern can be bought on its own on Etsy and maybe Ravelry as a pdf. I’m sure it was last time I looked. 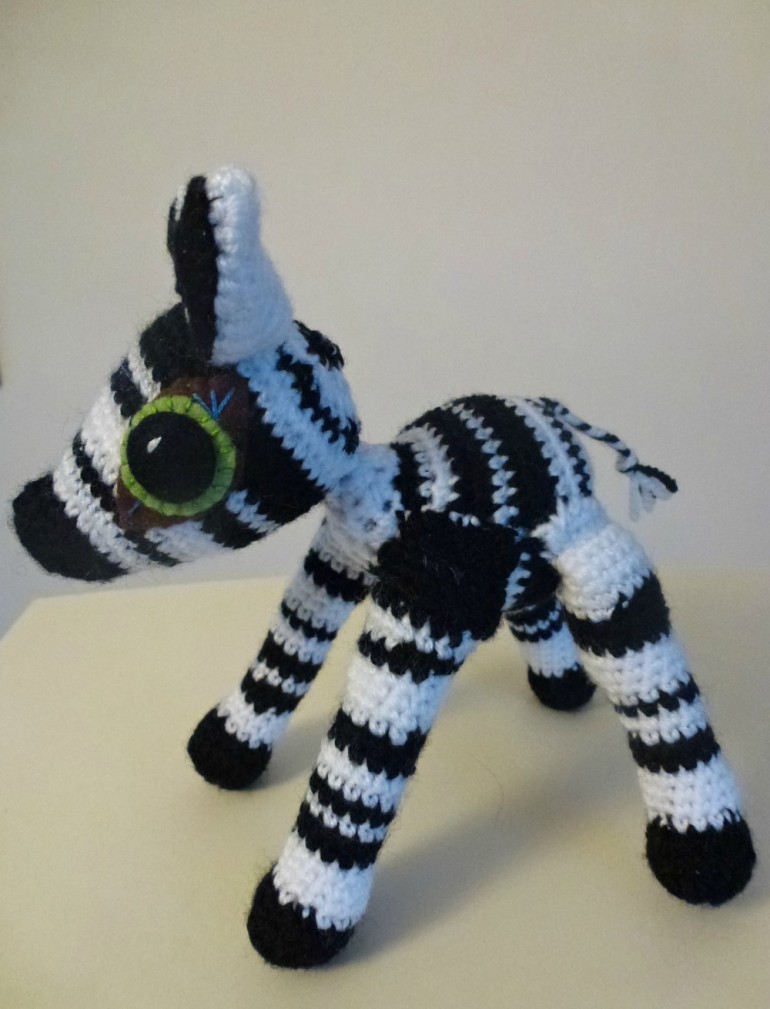 The back legs twisted too much so that the knees are wrongly placed, I didn’t say anything and I don’t think the recipient will notice. She’s only two. 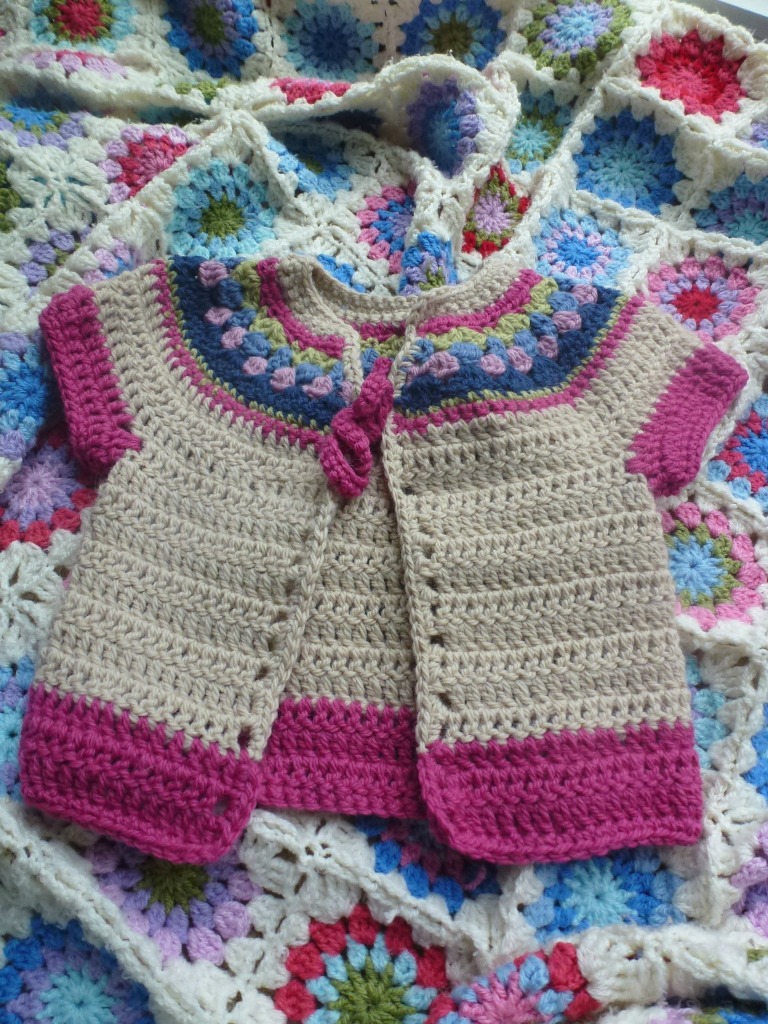 I made a little crochet cardi. Super speedy it was. The pattern is from Simply Crochet Magazine, issue 32. I was very good and bought the recommended wool, Drops Nepal. I chose slightly different colours but mostly I stuck to the recipe. 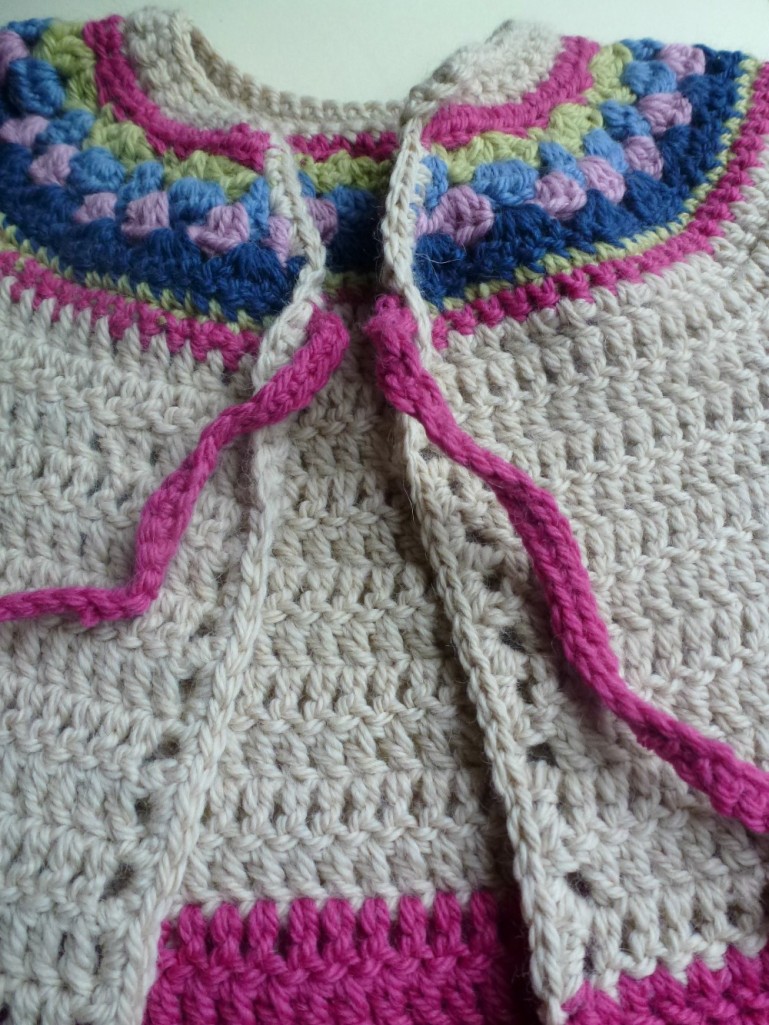 I had pink leftover so instead of a ribbon tie, I made a crochet one. It might be a bit bulky though, which is probably the reason why the pattern goes for ribbon. 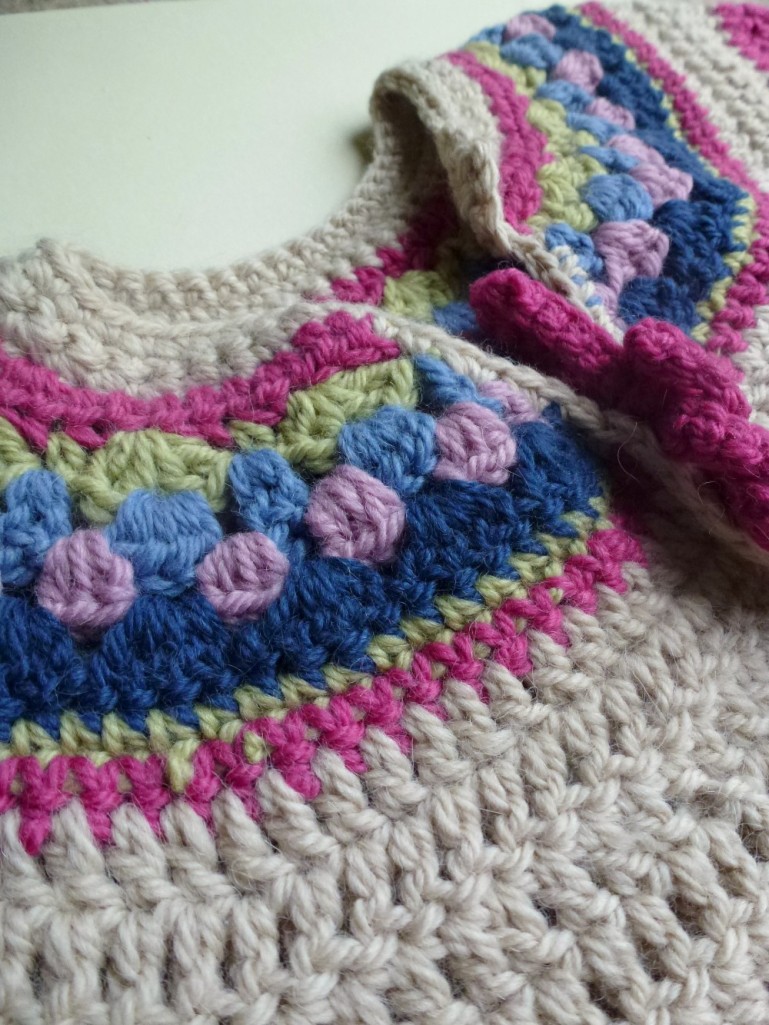 Not sure what to do with the leftovers, only a small amount of the yoke colours are needed. Ohh, pompoms?! 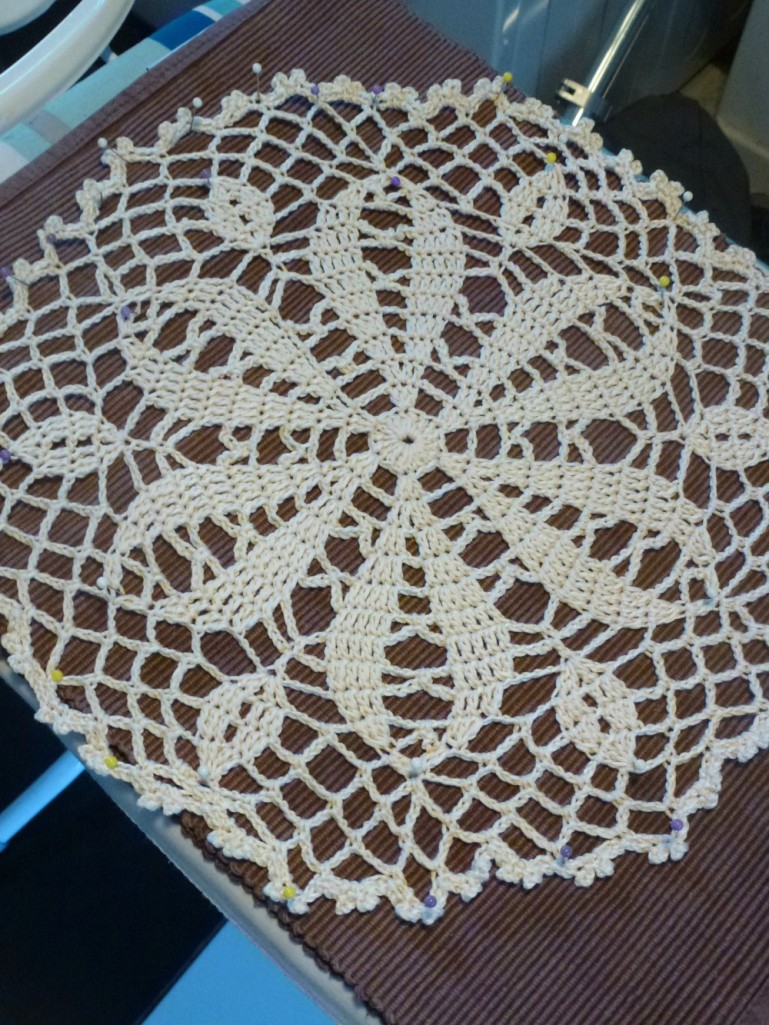 Nanna and Grandad got a doily for Christmas. I used DMC Natura Just Cotton in Dk. The pattern is from Kyuuto! Japanese Crafts: Lacy Crochet. I didn’t do a particularly neat job of blocking it as I ran out of ironing board. My Nanna was pleased as she said it can replace the doily her mother had made her (it is falling apart). I don’t know how old that one is but she told me that her mother died in 1976. 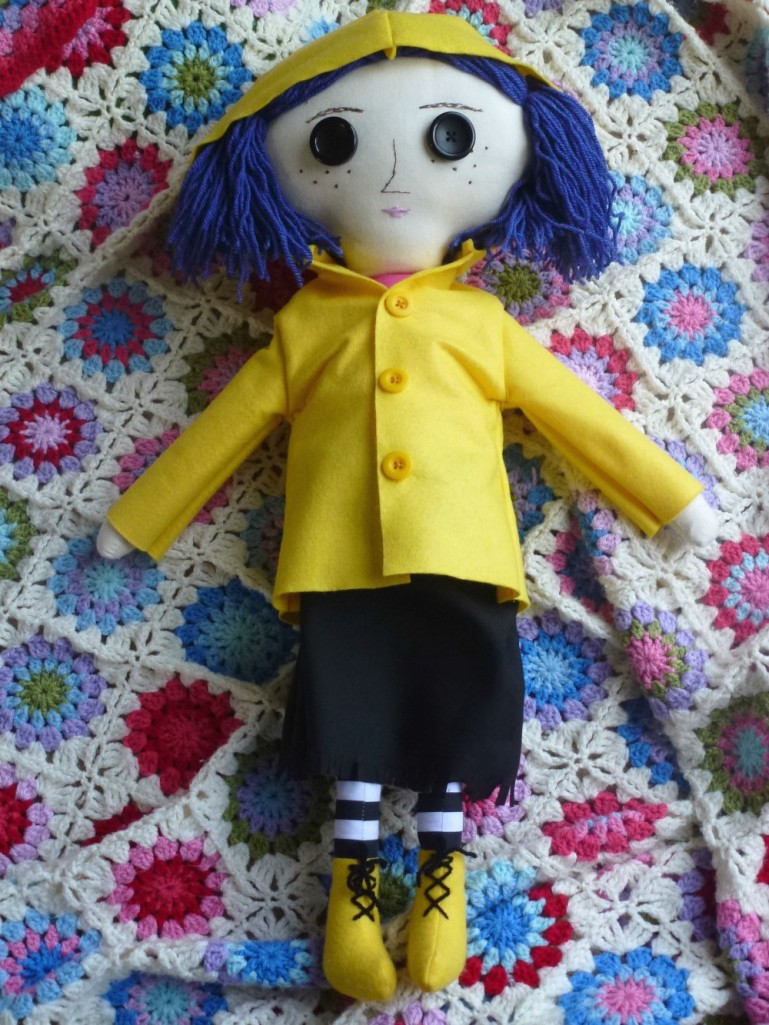 And here is Coraline.Quite a big doll. Whilst not perfect, I am proud of her as I made her up totally from my head. All of it. Including the pattern for the coat, which only bloody well fit first time! Dead pleased. But not completely over the moon. I want to make her again to sort all the tweaks that are required. Her head and neck shape is wrong, which in turn has ballsed up her face. And I was afraid to press her clothes incase the felt melted. Neatness has been sacrificed.

She also needed an emergency operation on her ears because they were dreadful. I so know what I’d do to make them better but I ran out of fabric and time. 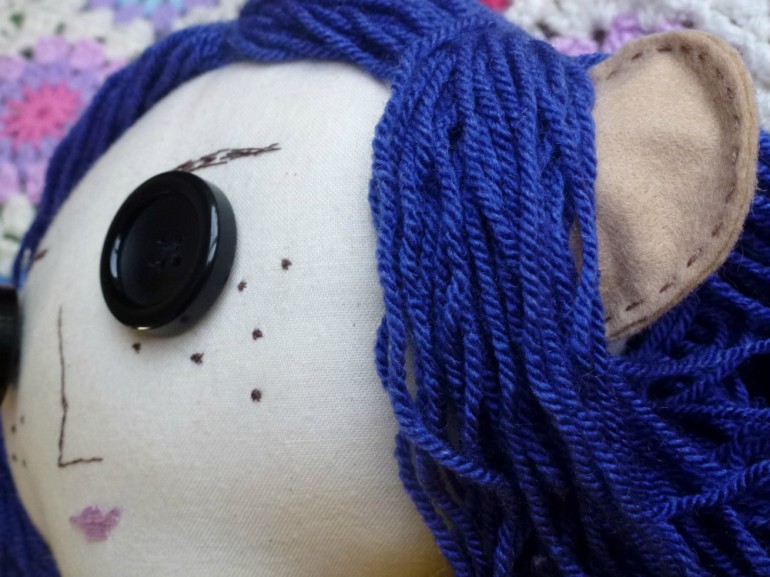 They are supposed to poke through her hair and that, they do 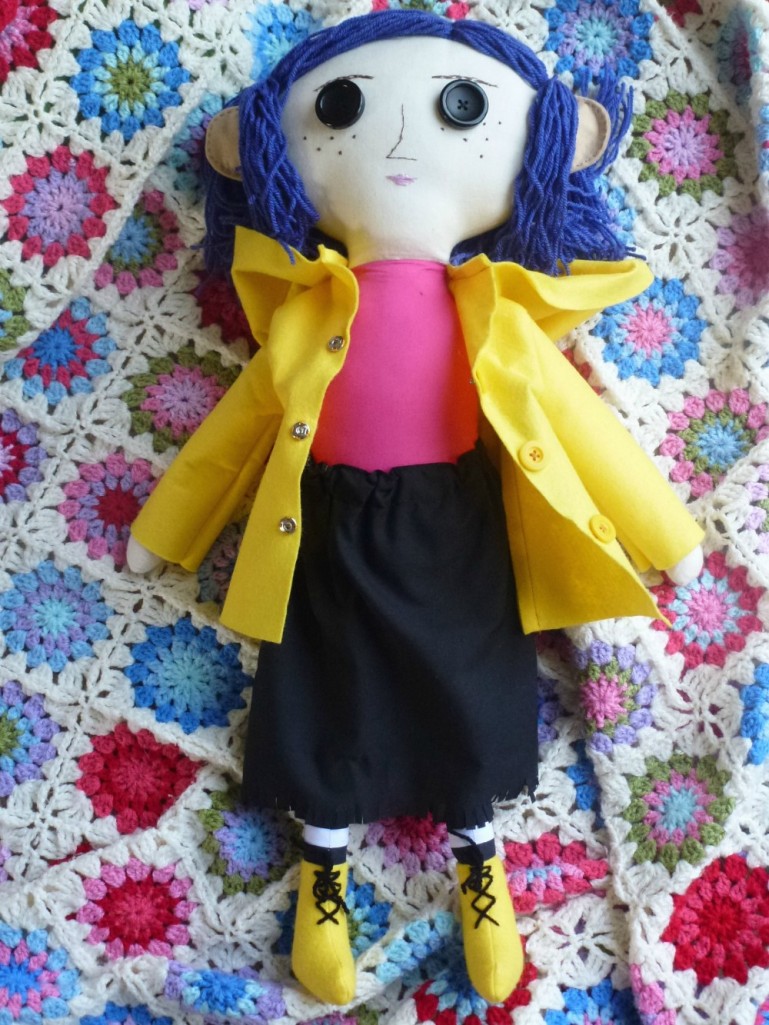 It is a huge relief to have ticked these things off my list. I have a perkier list for January, which pretty much includes making stuff solely for me!

32 thoughts on “The things I made in December”

Leave a Reply to Zeens and Roger Cancel reply

Episode 68 is up! 🎉. Sorry it's late, the file corrupted when I was exporting which wasted a couple of hours. Got there in the end😁 Things discussed: Road to Nowhere, making a mess of projects (including the Loose Leaf jumper from @themissingyarn 🤦), and.... A relevant rant! 😂