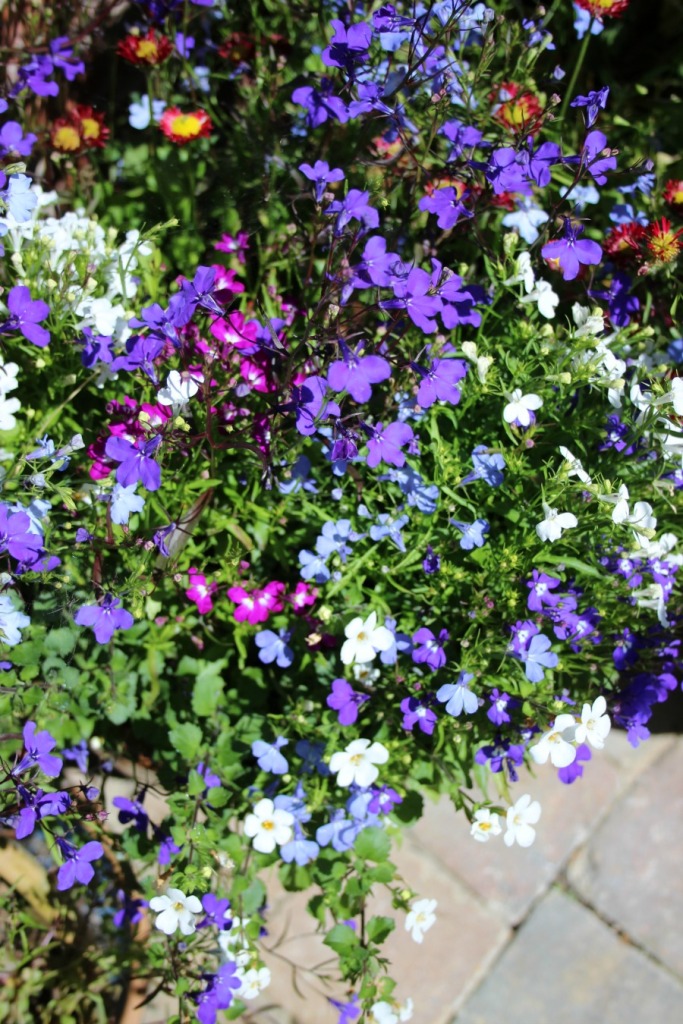 There has been some sunshine this week. Enough for me to nip out into the garden and take a few pictures anyway. 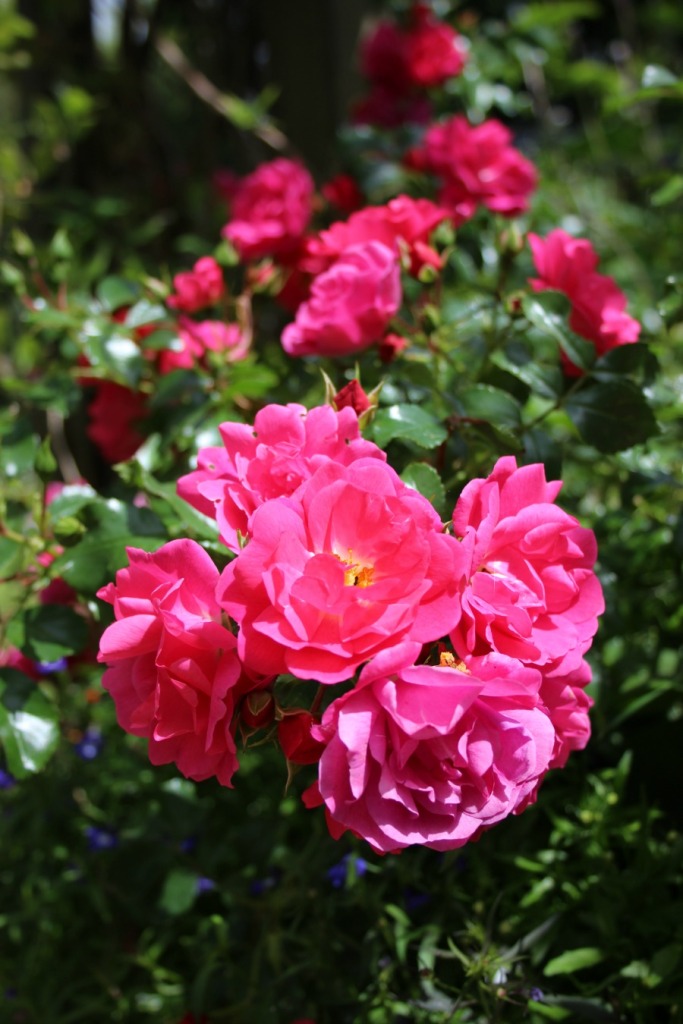 I haven’t included any long shots, my camera was on the wrong white balance setting and they all came out a bit orangey/acid. 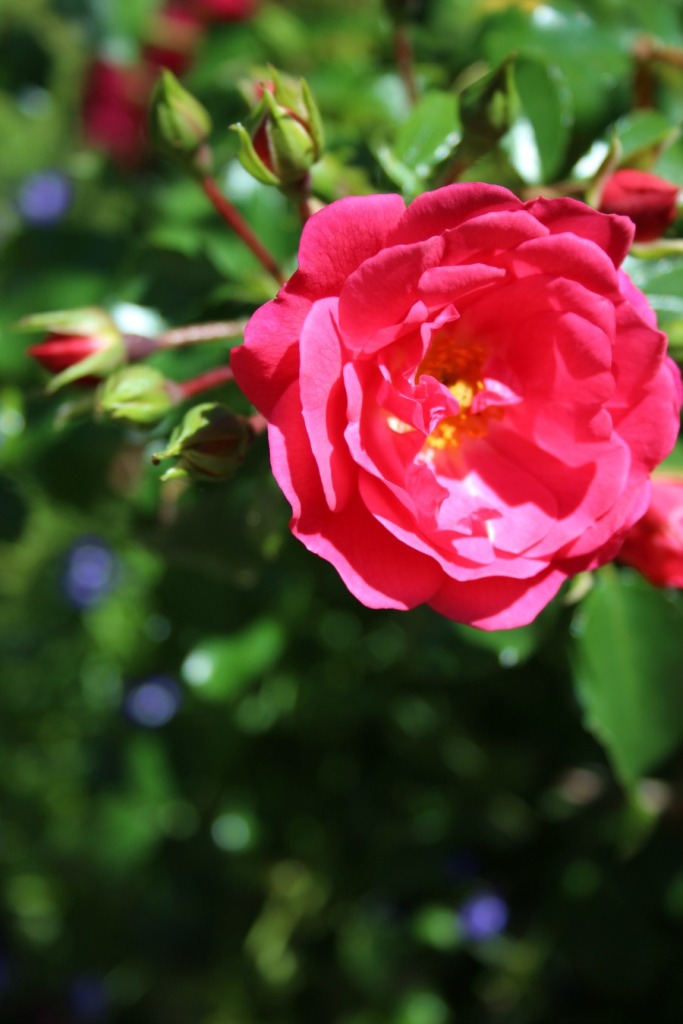 So whilst some of these closer shots are still quite vibrant, I think they just about get away with it. 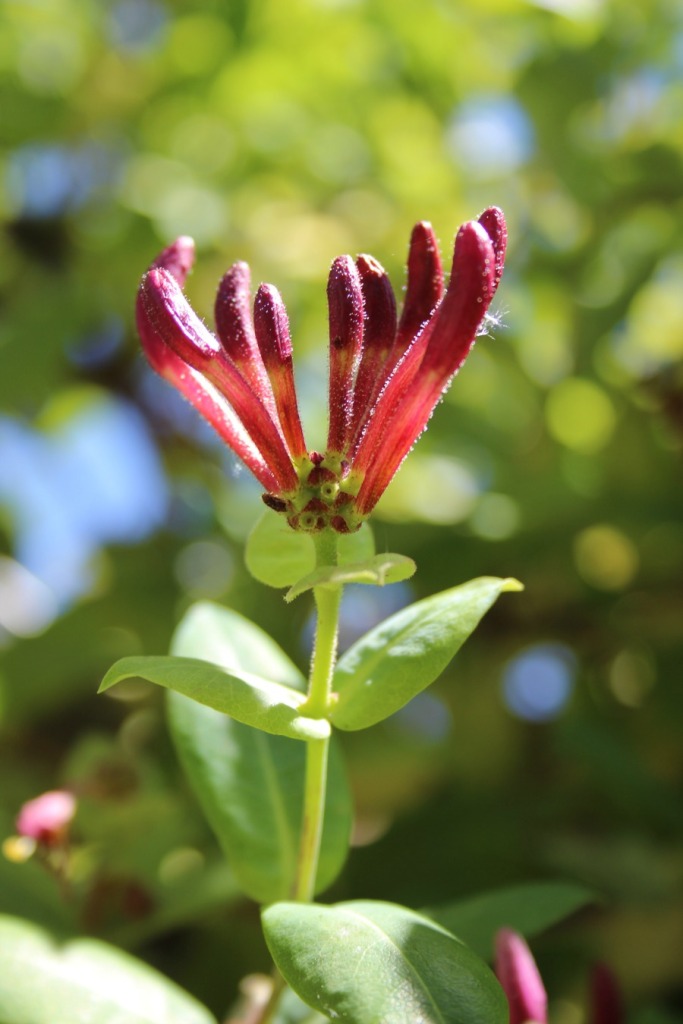 I’ll have to get on a chair to get some pics of the in flower honeysuckle. I didn’t this time. 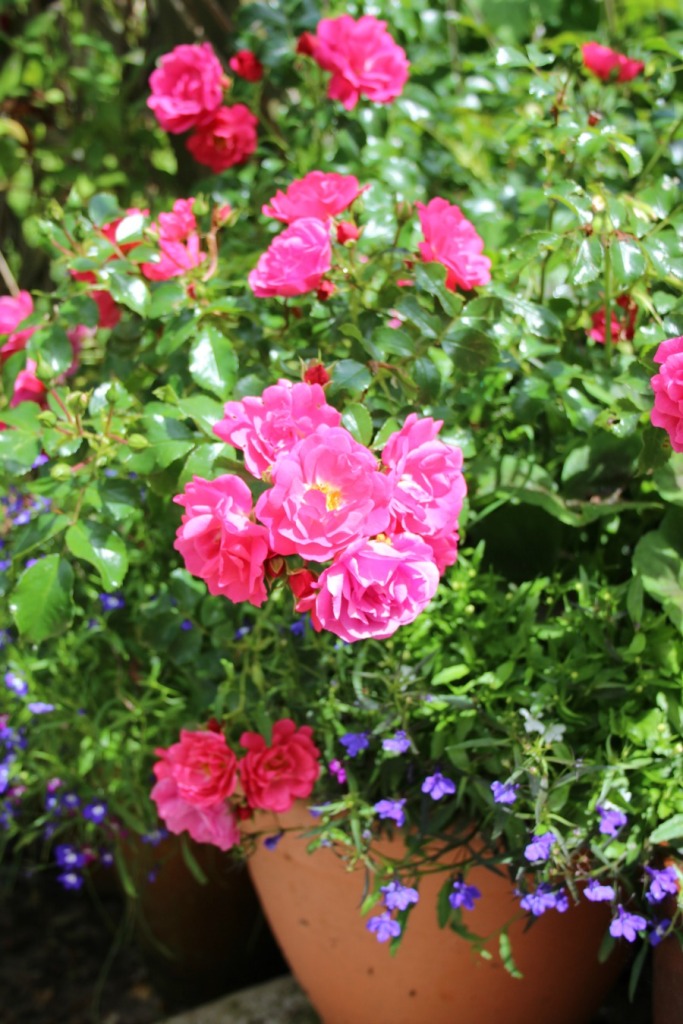 This hot pink rose isn’t growing in the pot, it’s just hugging the flowers that are. It grows behind but has nothing much to grab on to. It’s in its third home. I’ve had to move it because I initially planted it in a stupid place, where it slumped on the ground. It looked kind of depressed. Now, it’s more contained but still makes an attempt to reach out for friends. 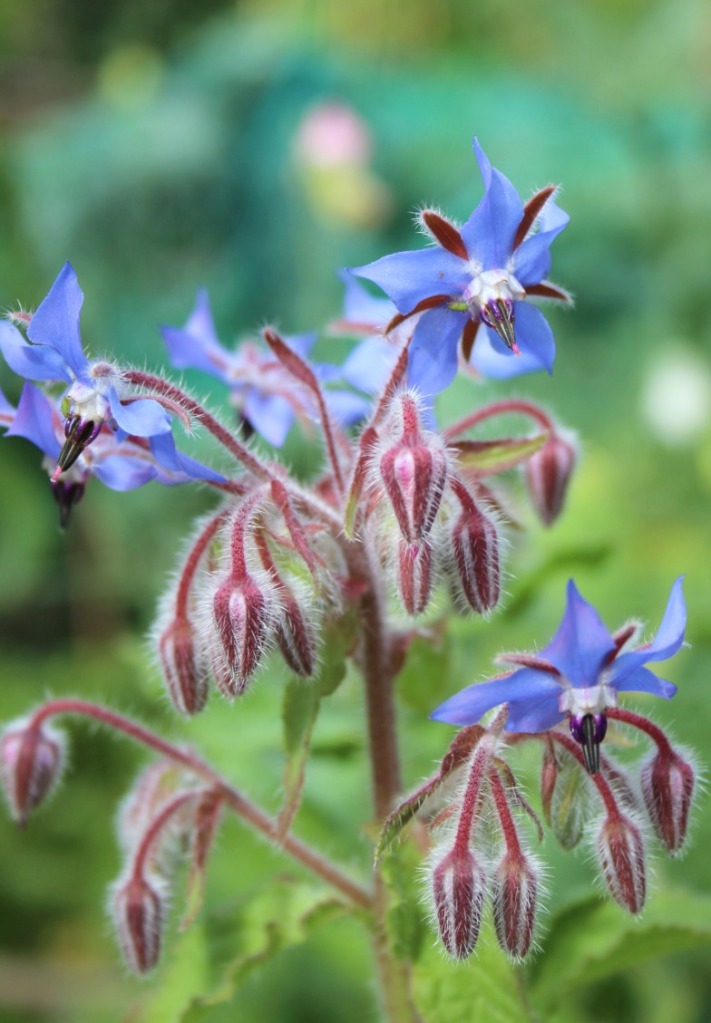 Trigger warning, nasty story in next paragraph. Scroll past to avoid. 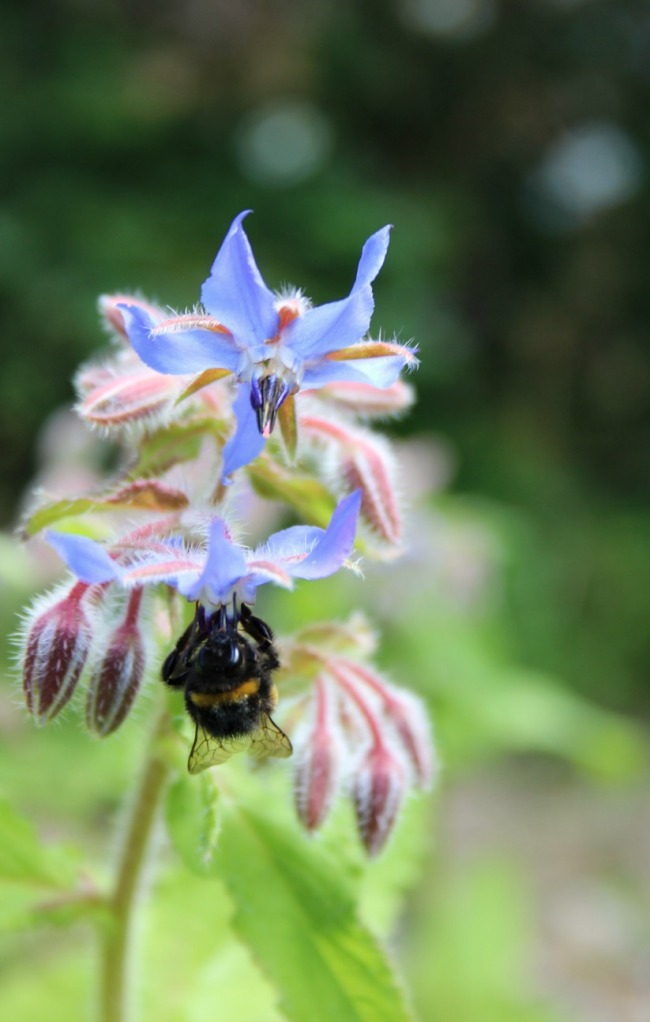 I’ve got more borage than is necessary. I didn’t rip it out, like I was supposed to. It gives me gardener’s guilt. I tell you what else gives one gardener’s guilt: mowing down big, fat juicy frogs. Seriously, I am traumatised. Yesterday, I was merrily chopping the grass to a more acceptable level when, judder judder thump. A frog was flung  a couple of feet from the whizzing blades, flung carelessly to his death. I may have hollered loudly, I may have also run inside the house and waited until Husband came home to sort it out. 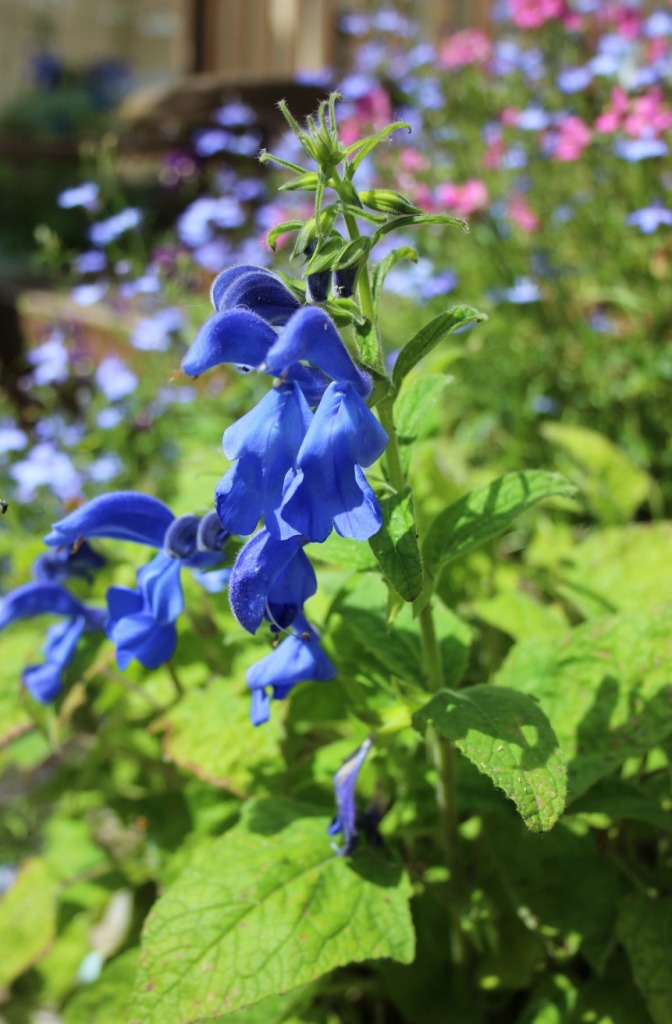 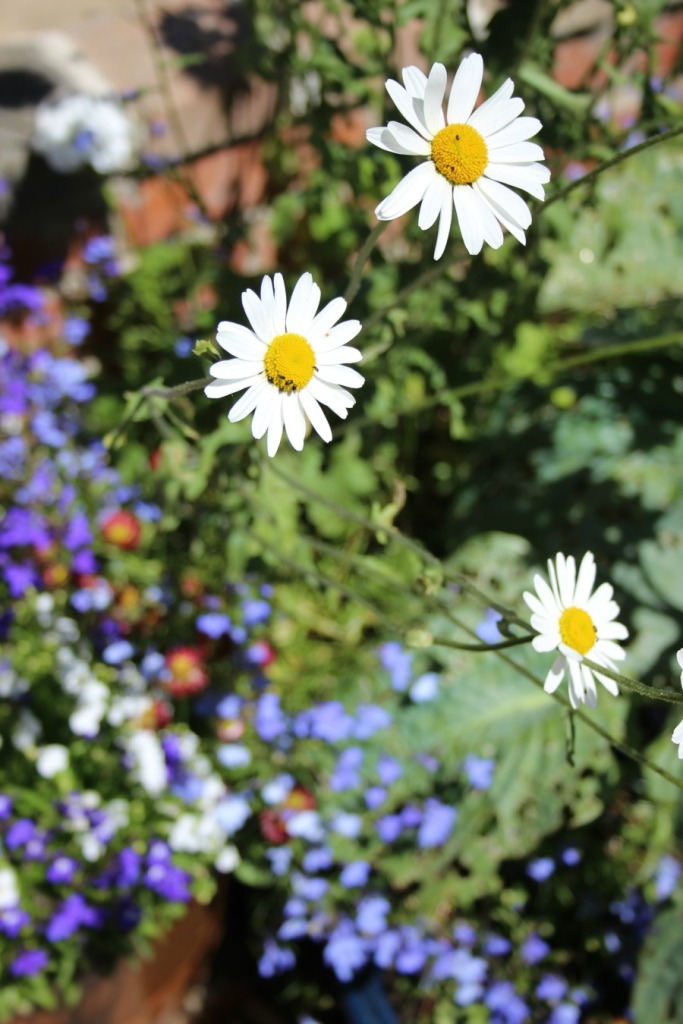 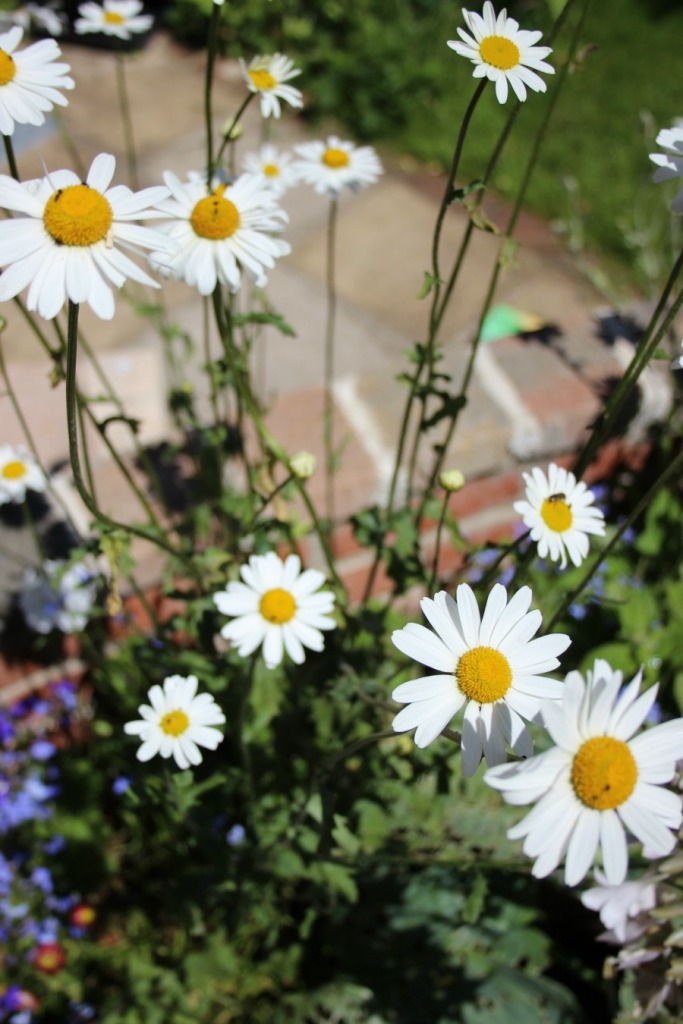 I think it’s a good year for bugs. There are little black bugs I’ve never seen before. They’re particularly noticeable on the big stinky daisies. 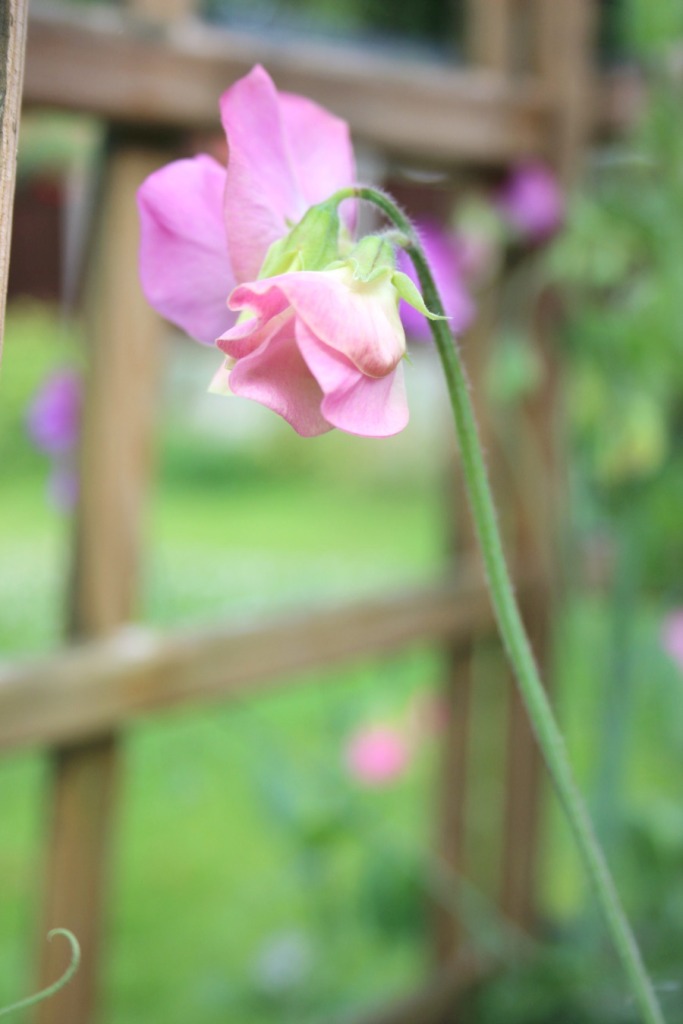 I was disappointed to find them hiding in amongst the sweetpeas too. I’d brought in a lovely bunch to put in a pretty vase. Somebody came in behind me and promptly chucked them back outside. They were riddled. 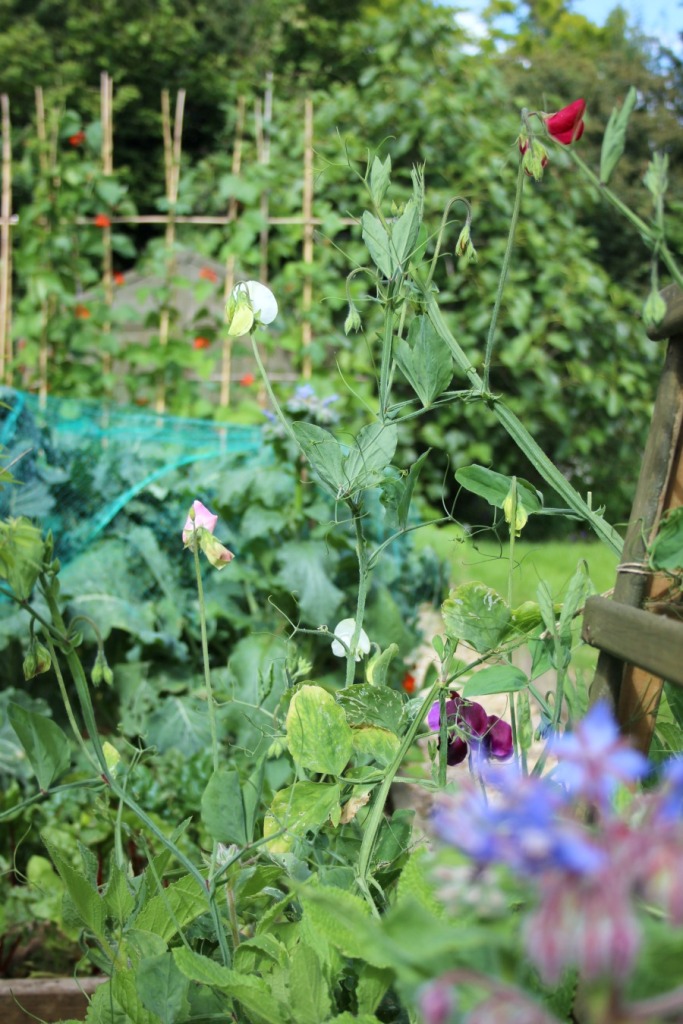 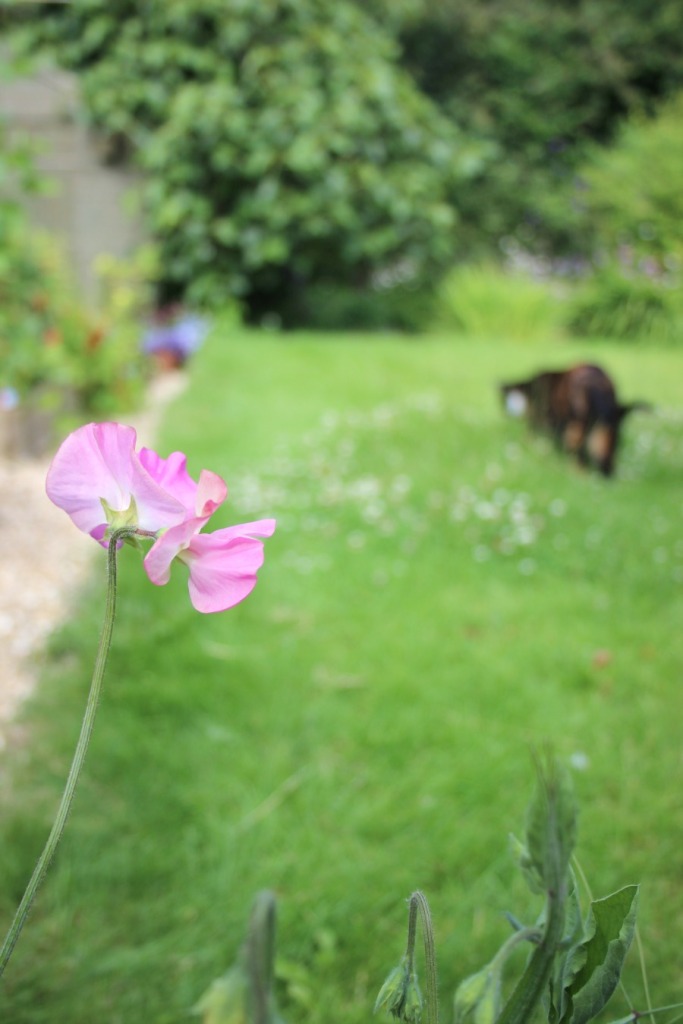 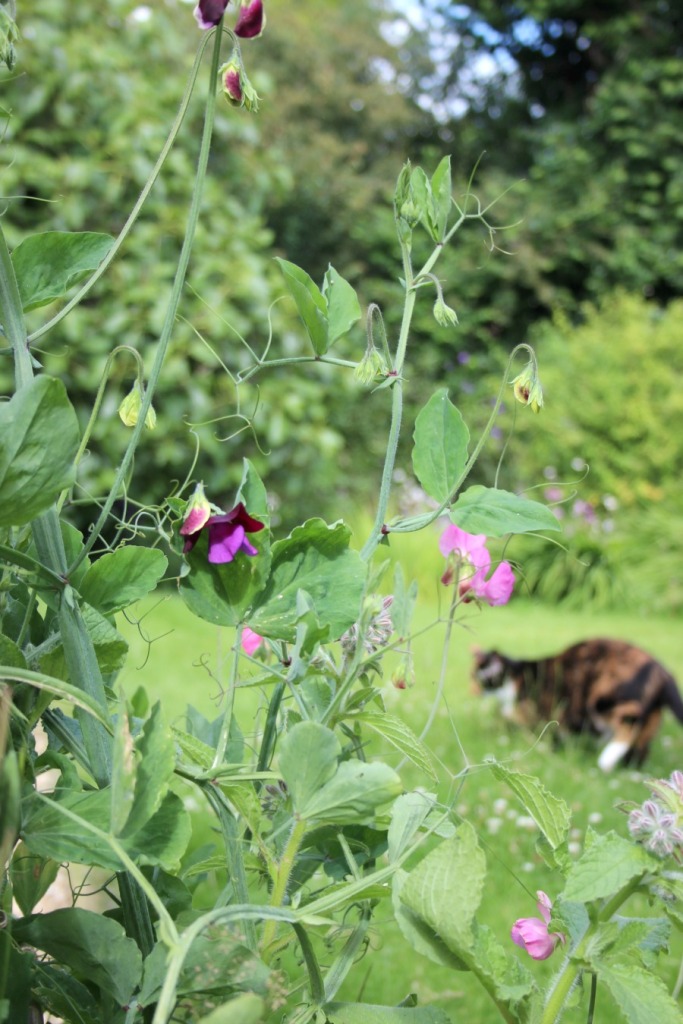 So, we’re mostly admiring the flowers from a distance. I think Marcy is just looking for the bugs. 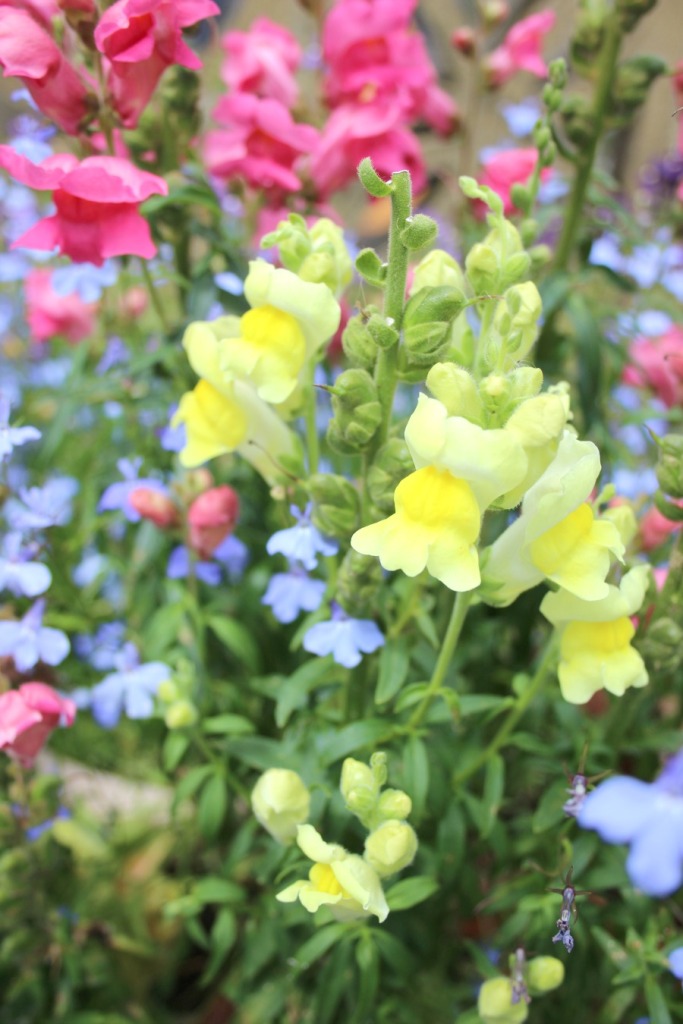 Someone has eaten the top off the snapdragon. More bugs! 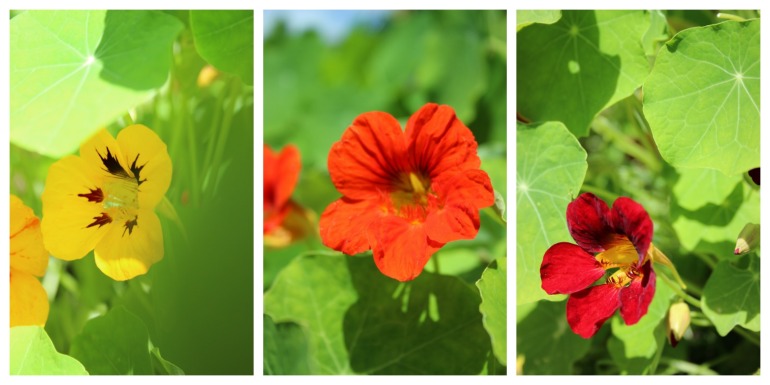 I’ve got caterpillars writhing all over my brassicas but they’re not touching the nasturtiums. I thought those cabbage white butterflies loved nasturtiums.

11 thoughts on “Flowers in July”