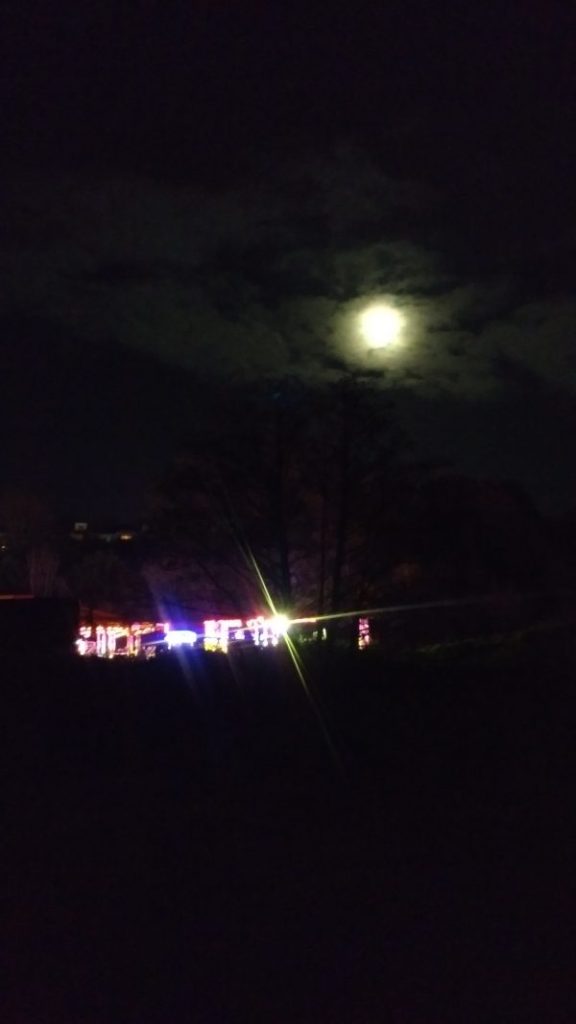 Ok, a few pics of this year’s Tar barrels in Ottery St Mary. I took them on my phone so they’re not fabulous but I couldn’t let it pass without saying something about the weekend. It’s unique and special, it has to be done. I’m not writing a proper article but do check out  2016 here and 2015 here. Those posts have more info. 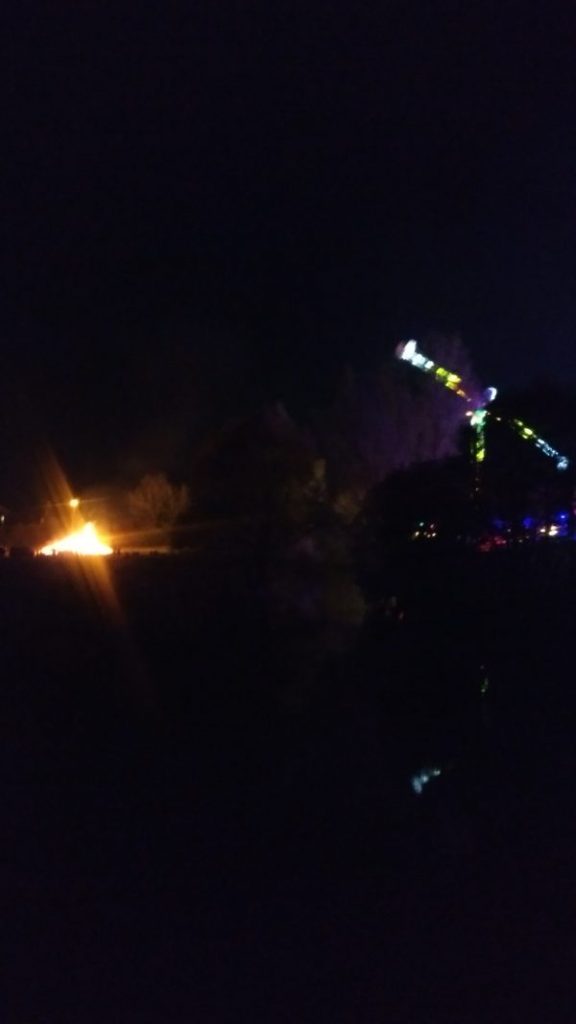 You can’t see well but that’s the massive bonfire next to the river, which in turn is next to the fairground. Over to the left somewhere is where I stung my arse on nettles. Someone might have seen but there were a lot of bushes to hide in and I needed a wee. It’s a pity that it was too dark to spot the stingers. 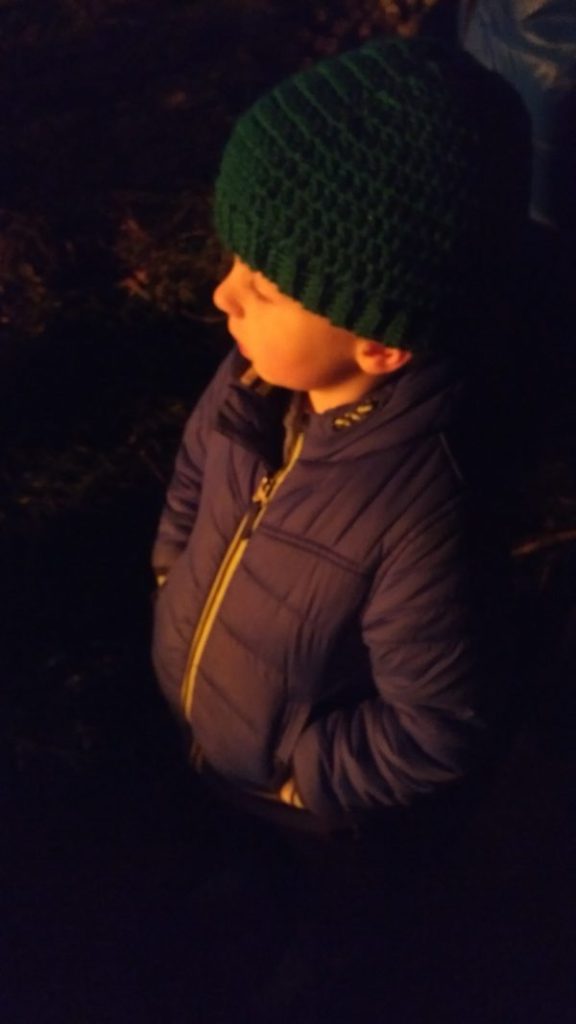 A bonfire is mesmerising. We stood and watched in revery for a while before going off to find a few burning barrels. As usual, the kids went home after the bonfire. Well, we found a safe spot for them to witness one barrel and then they had to go home. Too dangerous for little guys. 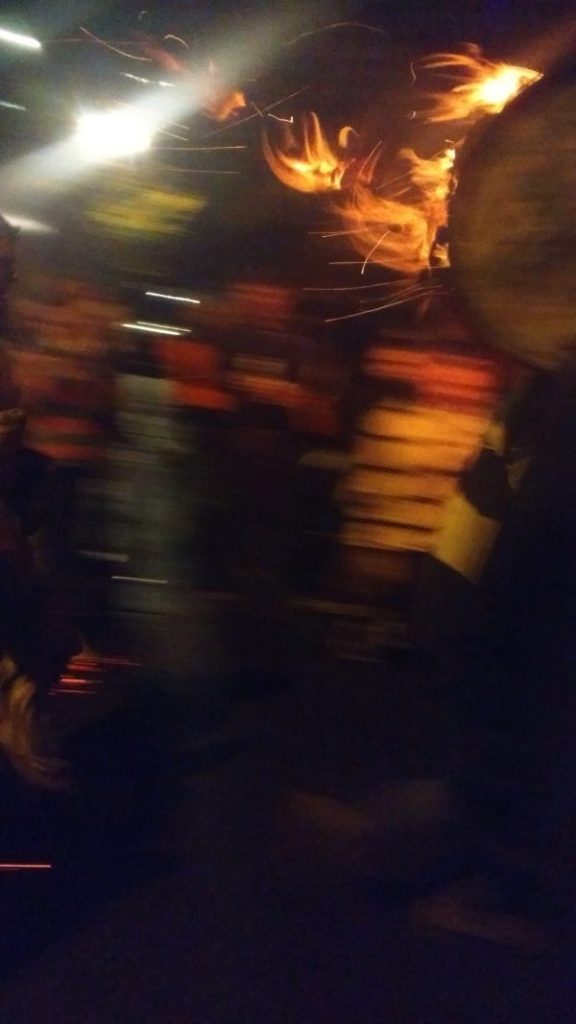 The square was packed with people. Although I’m pretty sure it was relatively “quiet” for a Saturday. I didn’t get proper pictures of the barrel being carried. I did a ten second burst as one went by and then put my phone in my pocket for the most of it. I wanted to enjoy it with my eyes. Last year I was too focussed on getting a good picture (not that I achieved it). I’ll leave that to the professionals. If you google the event you can find some terrific footage. You’ll then be able to see that the barrels really are in the crowd.  No safety barrier. No illusions.

Once midnight passes the crowds have thinned, with everyone staggering home. I stayed on hoping some magic would happen. It didn’t. Just a lot of trash and a strange quiet. At that point I felt I’d out-stayed my welcome so I dragged myself away to my bed. Roll on next year.

Here's a picture of me for #MarchMeetTheMaker. You're welcome.
This unfinished blanket is going on an adventure! 😁 The comments at the beginning of the week (on the other granny blanket grid pic) helped me to make a decision (thanks everyone!). I am going to the post office in a minute and sending it to someone who kindly offered to finish it. Once it's finished, they can keep the blanket or gift it, whatever takes their fancy😊 It's better that it goes to someone who'll enjoy it rather than it sitting in a cupboard for another six months (six years?).
An old favourite 😍 This is a @sandracherryhrt spin off of Spice of Life that Sandra dubbed A Touch of Spice. Maybe it's 4 or 5 years old? I added a bobbley pompom edge because it's what I fancied.
Without a doubt Revival is the crochet jumper I have worn the most. The pattern is a design by @hgdesignscrochet and I love it!! It's the perfect combination of classic and contemporary crochet 🤩
Bifrost mittens (modelled here by my 11 year old) are in the current issue of @insidecrochet If you go over to their feed you'll see a picture of them. Check it out cos they're doing a collaborative Giveaway with @jarbontextiles to win the yarn to make your own! That'll brighten up a grey February! 😄 New yarn cheers me up on the darkest of days.
Worked on this last night and realised it wasn't fun anymore. There's another row to do to make it square. Do I bother, or bin?🤔