I’ve wanted to have a holiday in Lancashire for a few years. When I was little we would go and stay with my Gran who lived in Colne. I have recently diagnosed myself with a fairly reasonable case of Nostalgia and this week away was a symptom. I found a farm in Clitheroe with a converted stable for holiday accommodation (My post about the farm is Here, it’s yarn related! Oh, and there’s a seriously superduper yarn related surprise at the bottom of this post too).

What I wanted to do was visit places I’d been to as a child and show my own kids a part of their heritage. A lot of memories about going up north relate to my fascination with the Pendle witches. I think it’s fair to say that I was obsessed with the stories from 400 years ago. When I was about eleven I even wrote a little history book complete with illustrations! The story of these people was told to me by Gran as we looked out of the back room window of her house. She’d ask me if I could see the witch of Pendle Hill, for that was the view we had. This time round, I think it was pretty much a done deal that we should do a mini tour of the Pendle area, including walking up Pendle Hill. As a child I was told that I wouldn’t enjoy clambering up the steep sides and therefore had never been further than the foot of it. Last week I achieved a life time ambition and went to the top! 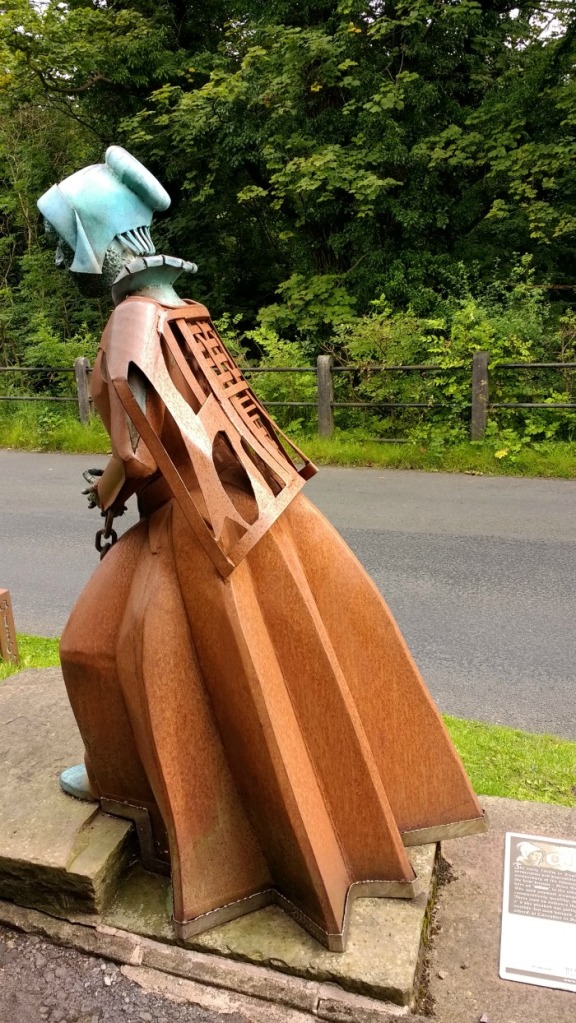 First stop of the Pendle tour: Witches Galore in Newchurch, quite possibly my favourite shop when I was little. I think the promise of going there was more exciting than actually stepping foot inside. The animatronic display in the little far right window was also a lure. Put 10p in the slot and a witch would stir her bubbling cauldron whilst her familiars got up to mischief behind her (something like that anyway. Sadly, it’s not there anymore. I asked. It’s been gone for nearly ten years). Last week I bought a mug  and a fridge magnet as souvenirs, which still tickles me for some reason!

In the village of Roughlee is a statue of Alice Nutter, one of the women accused of witchcraft. The statue was designed by a local artist and it was put in place in 2012 to mark the 400th anniversary of her death, well, all of their deaths; their hangings.

We also went to the Pendle Heritage Centre in Barrowford to learn more history of the area. 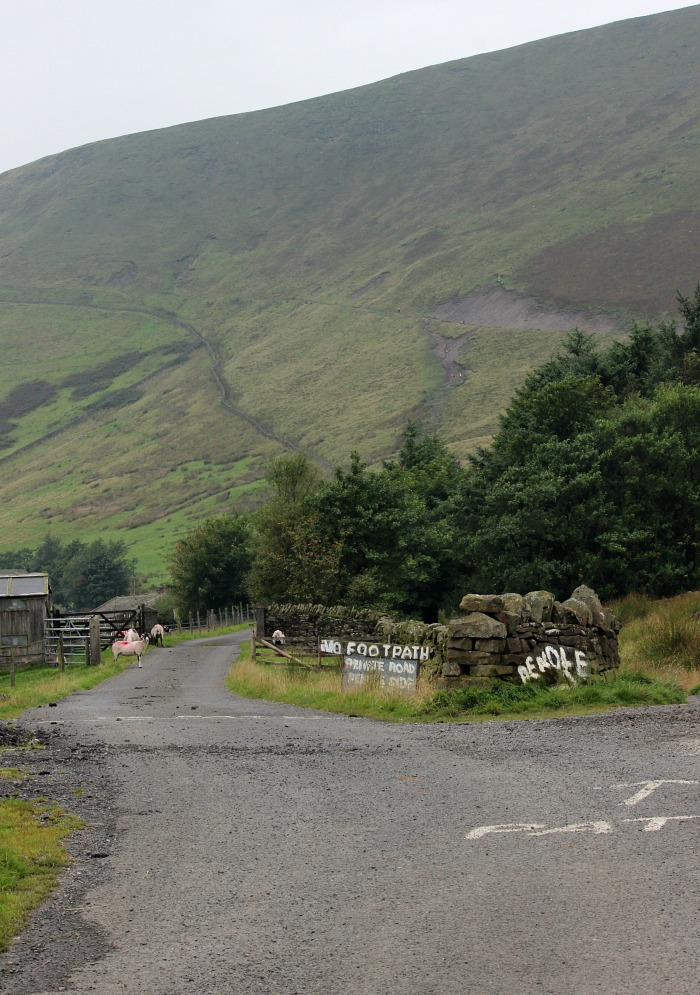 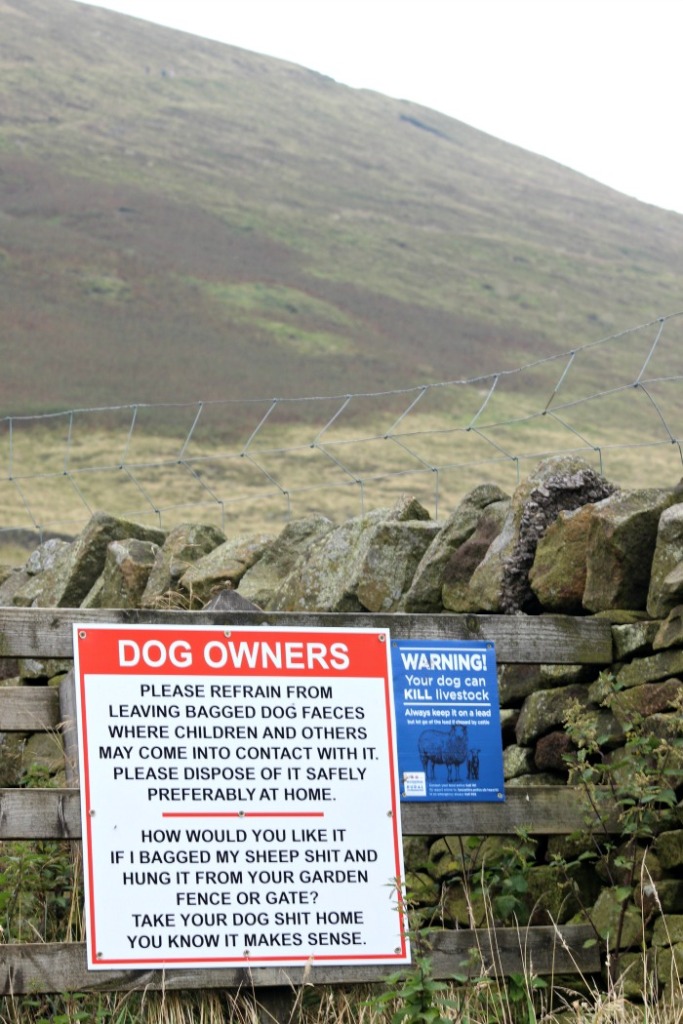 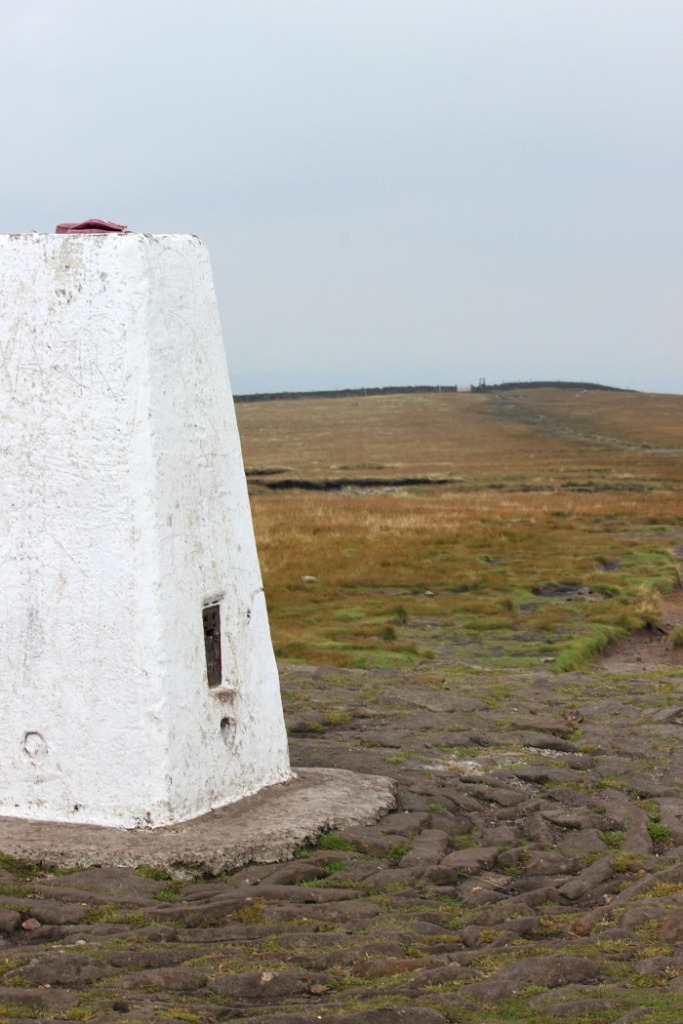 Interestingly, Pendle Hill is also where the Quaker movement was founded, so moved was the guy who founded it when he went to the top. Lancashire has a history heavily steeped in religion, which is maybe one of the reasons why witchcraft was more prevalent here than in other places.  Also, I’m sure the fact that the Lancashire witch trials were recorded in great detail has something to do with it. 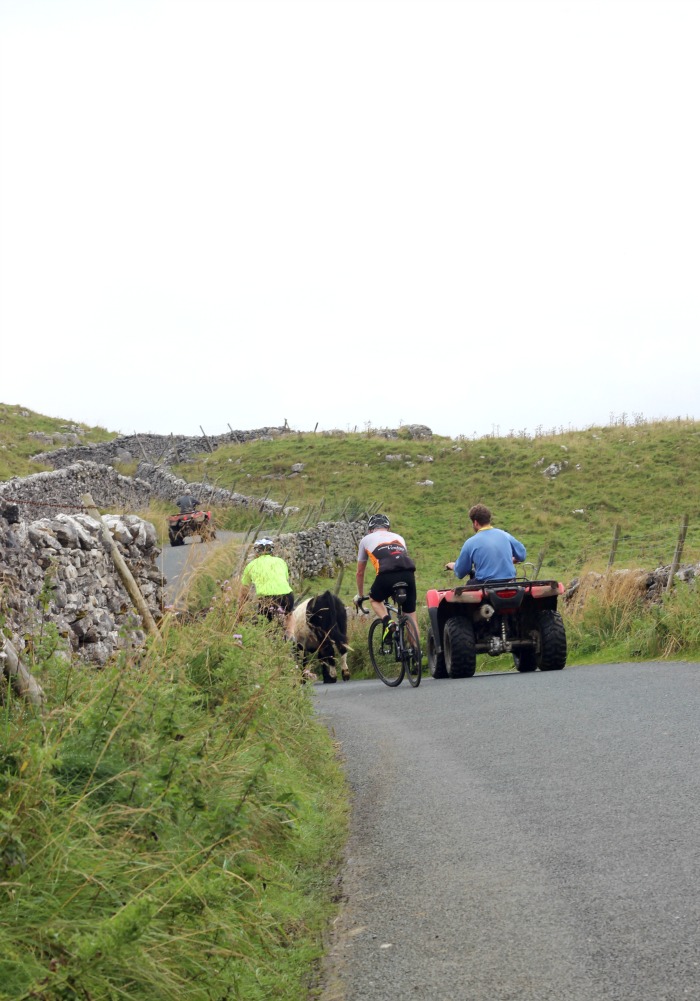 Another day, another trip down memory lane. I see this as Postman Pat country. The lanes are so reminiscent of one of my favourite programmes as a kid (I even had the lunch box. I remember picking at the picture on the front whilst I waited for my mum to come and pick me up from school because I had a toothache). OK, this Nostalgia thing is worse than I first thought.

Anyway, this is Malham, a village across the border and into the Yorkshire Dales. For years I thought I’d dreamed this place up. I must have been pretty young when we went for me to think I’d invented it. Revisiting, I have to say that it is completely within the realms of possibility that this place is a figment of someone’s imagination. Aside from the hoards of tourists that bring you back to earth, Malham Cove is an absolute stunner.

I think I’ve done pretty well in managing not to capture too many of the other human visitors. The kids likened the place to the world of Zelda and I know exactly what they mean. It’s a fantasy land. I can’t see any reason why a faery or two wouldn’t want to live here. Just look at it!! 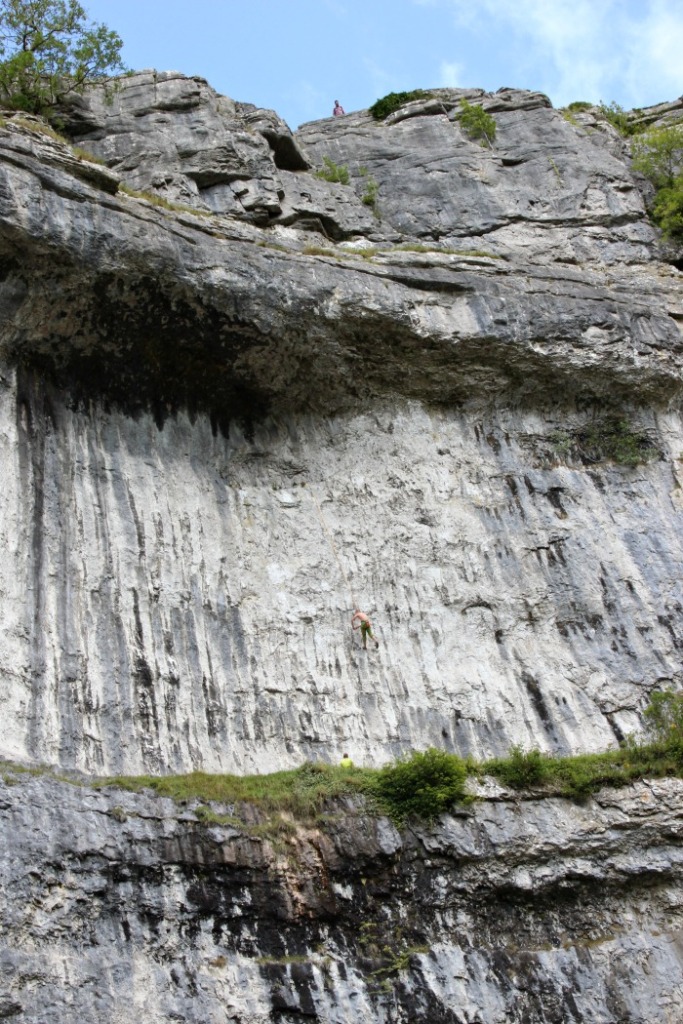 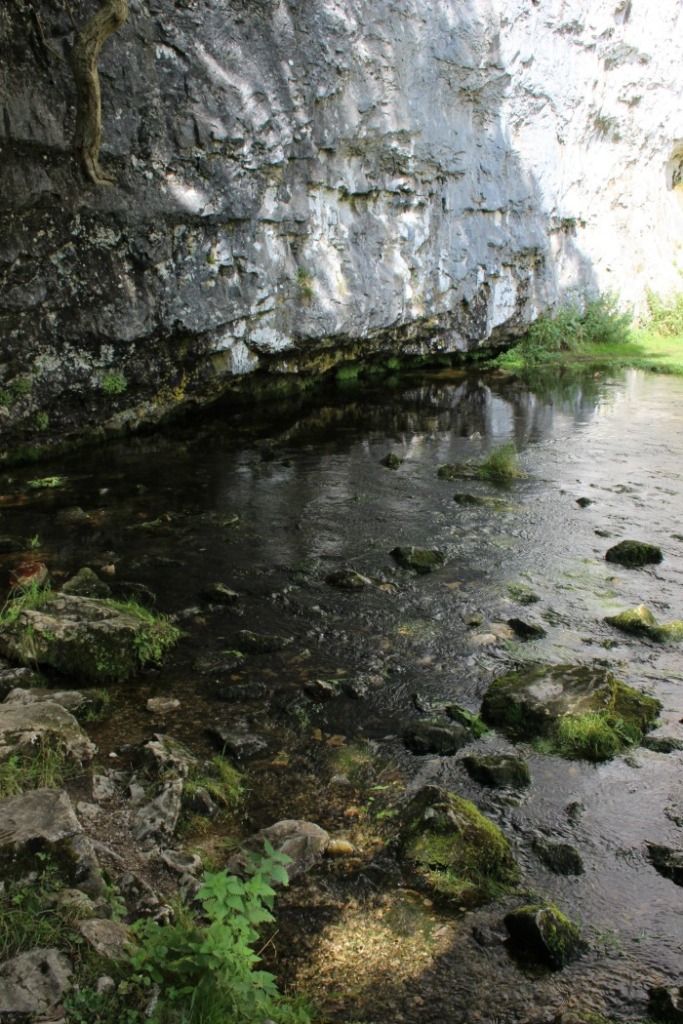 Anyone else get Picnic At Hanging Rock vibes? Ethereal is a good word to describe it. This pic, by the way, is the bottom of that big cliff face. The water comes from somewhere underneath. That’s another kind of wizardry. Nature is awesome! 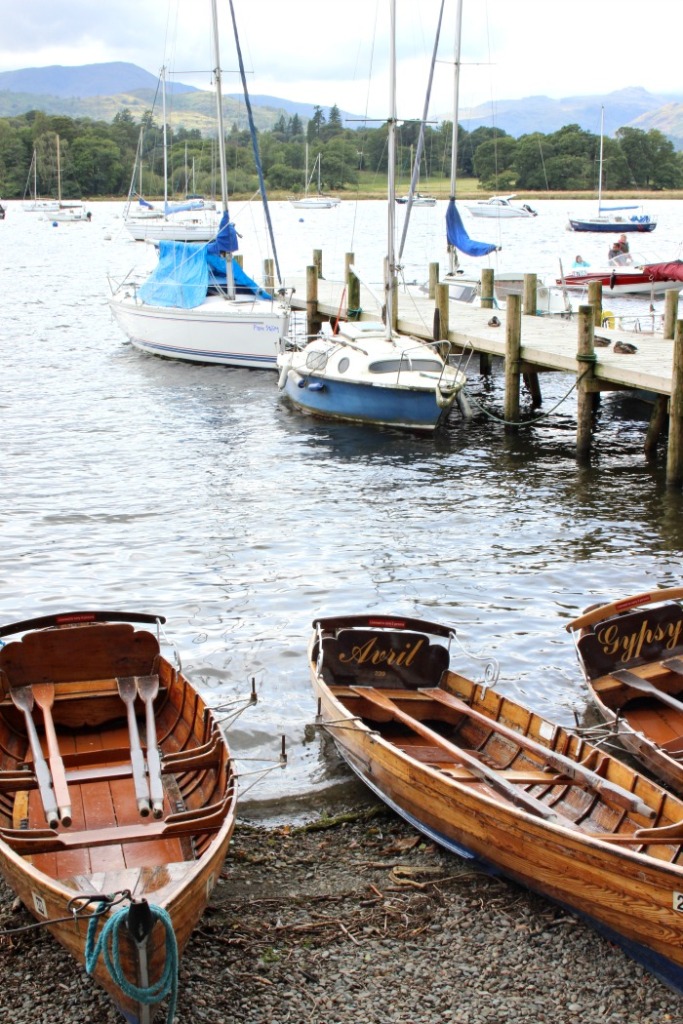 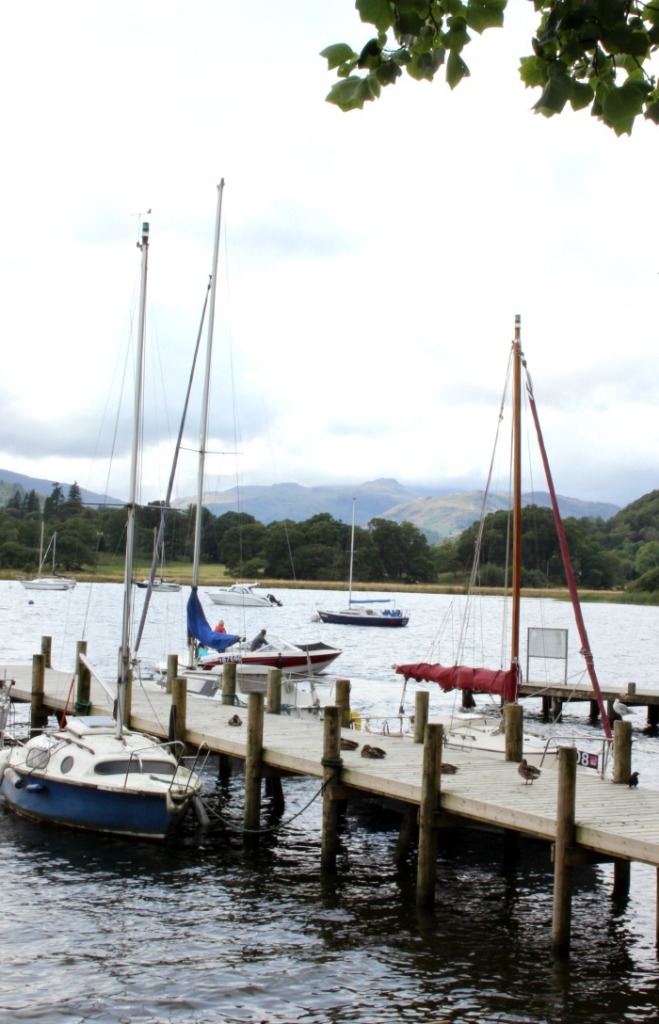 Mum told us we were foolish to try Lake Windermere in August. She was right, it was heaving with people. Traffic was hideous and I couldn’t quite believe how all of us people had turned somewhere so beautiful into something ugly. We did no research, just thought we were were close enough that we shouldn’t miss out on a quick look. Sat in a traffic jam, hastily googling on my phone I found lots of places that would have been much better but by then it was too late. We were idiots. Regardless, the views were breath taking.

For part two I want to tell you all about the holiday accommodation and the story behind Freda and Darrell’s farm in Clitheroe. I think you’ll like it. I couldn’t quite believe my luck that we’d found somewhere that had their own wool to spin and dye! More on that another day soon.

But wait, that’s not all. A couple of weeks before the holiday I happened to see on Facebook that Lucy of Attic 24 had put out an open invitation for a knit & natter group in Skipton. We were twenty five minutes from Skipton! It was an opportunity I really couldn’t miss. It was our last day and I thought why the hell not?! I’d regret it if I chickened out. Steeling myself, I stepped into Cooper’s Cafe and joined a group of very lovely and welcoming people. Crikey I was nervous. I don’t know how I came across, no idea at all. It’s all a bit of a blur really. I don’t think I made a twonk of myself but you never know! I had one moment where I thought “I wish I hadn’t said that” (I’ve got no filter) but mostly I think I was well behaved. It was a bit of a worry that I’d come across as a crazy stalker but thankfully there were other newbies there too so I didn’t feel alone. It turned out that they were normal; fingers crossed I was too. And I know that I’m not a weirdo stalker, so there’s that.  I loved that everyone was equally enthusiastic about each other’s projects, I loved that we were all asking questions and sharing knowledge. I loved how relaxing it was. It was wonderful to join in and I left full of inspiration about starting a group in my own town. I’m extremely glad that I’ve started making myself do “brave” things. I know I wouldn’t have gone otherwise. 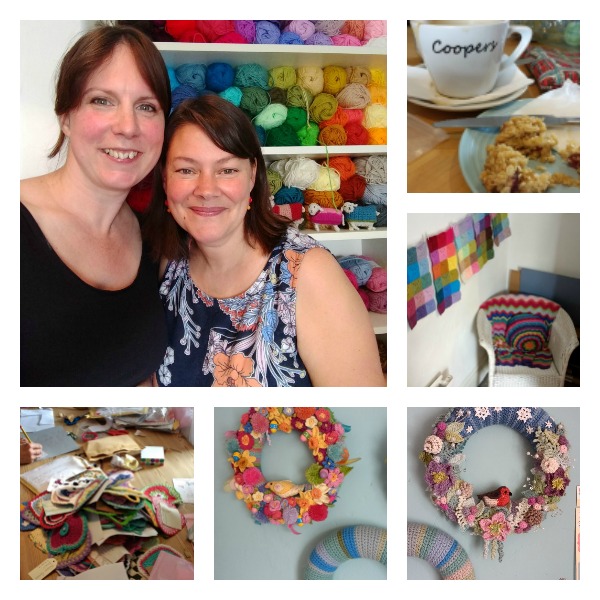