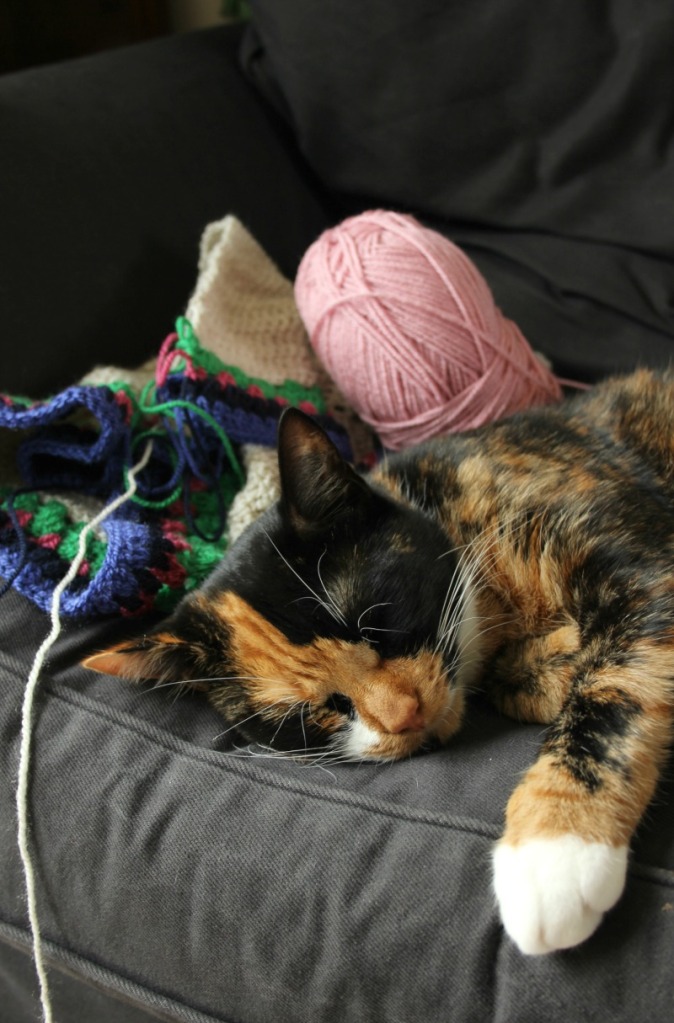 I have a silly number of Works in Progress at the moment. Here is the cat, sleeping on one that I left on the sofa. 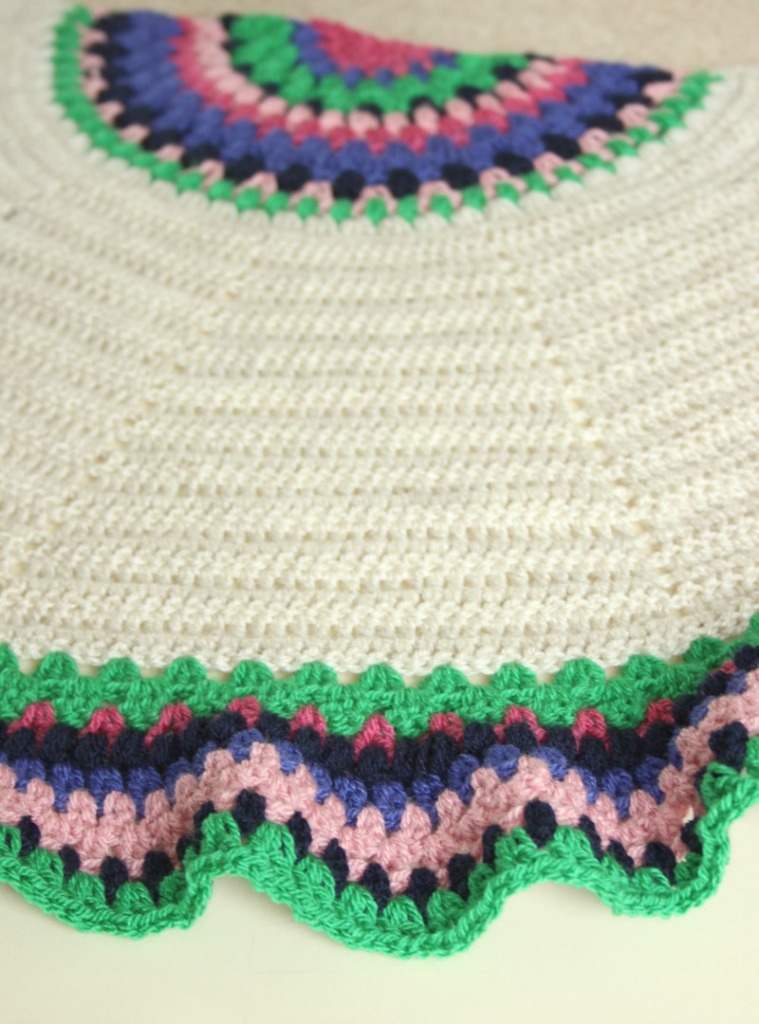 She’s sleeping on this; the never ending half circle I’m trying to work out. I think I’ve mentioned before about trying to work out patterns and how it’s done. My method is Trial and Error because I know no other way. So, with that in mind, I have, in fact frogged several rows this morning. Too many stitches were causing it to get ruffled. I don’t know how/where to increase the stitches in a nice, even way at the minute. Too many, not enough, blahhh. Whatever I try, it doesn’t want to mirror the initial semi circle of colour. I’m tempted to bin it. Bin the idea and move on. So. Much. Frustration! 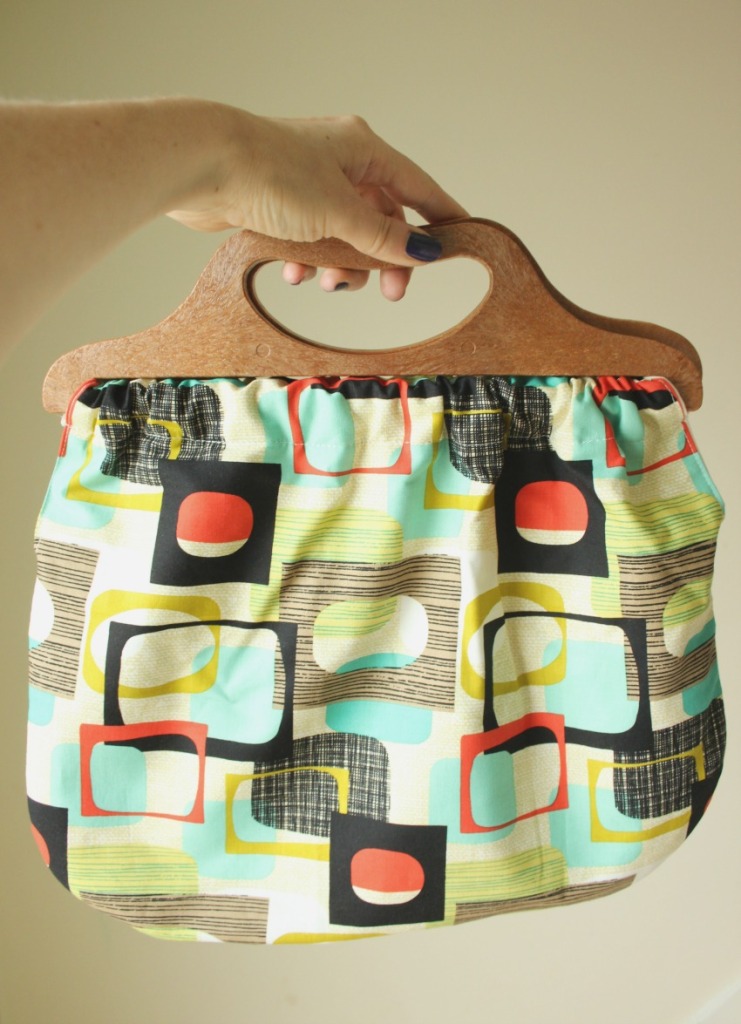 Anyway, this is more like it. An actual finished item. Woot! I loved making this. It was so quick and easy. I didn’t follow a pattern, I made it up and was surprised at how speedy the process was. If I were to have another go, I’d make the fabric pieces wider. I think there’s room for expansion. I took a load of photographs as I made it;  I’m tempted to write up a tutorial. I might also buy a new pair of handles and have a second attempt. 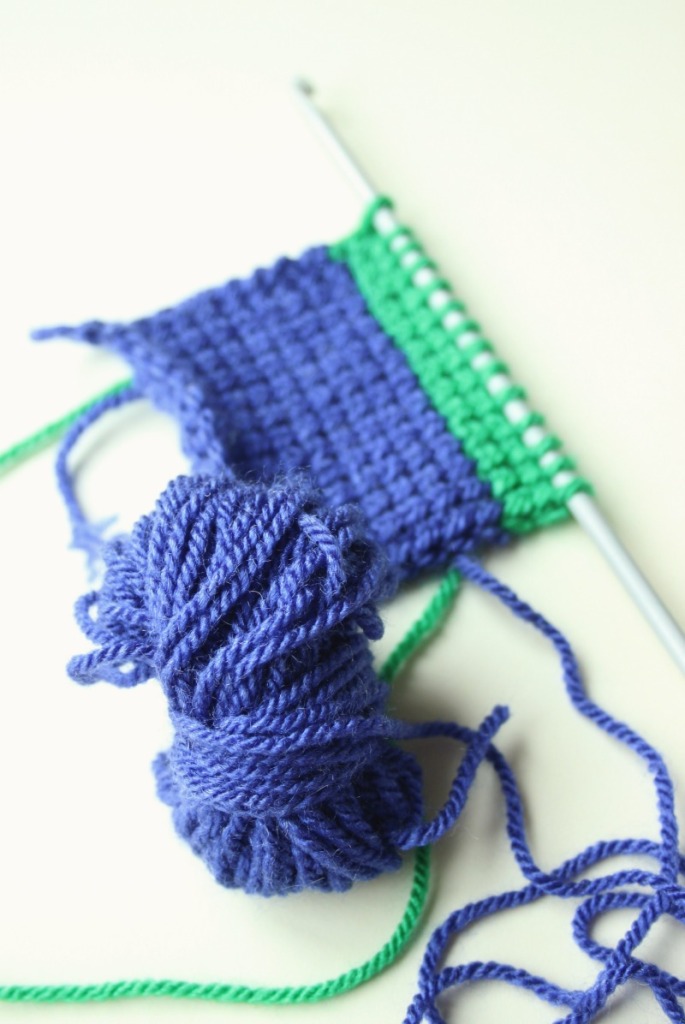 New skill alert! I’ve tried Tunisian Crochet this week. A little bit addictive actually. I’m slow and not sure what goes on if I drop stitches but I did order a set of bamboo Tunisian crochet hooks so I can get properly stuck in. This hook is one I got from my Nanna. I keep meaning to ask her if she ever used it. Anyway, it’s slightly too small. And the freebie I got from a magazine is slightly too big. 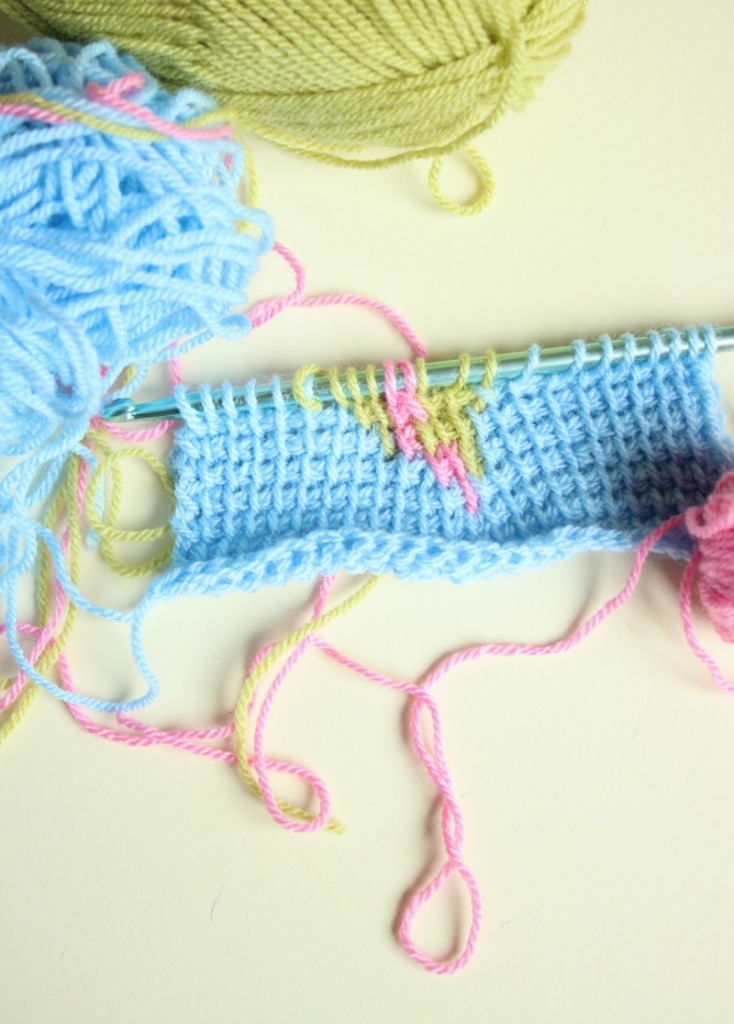 Yesterday I struggled with colour changes. I really want to make pictures in crochet. It isn’t as easy as I thought it’d be. It’s mucked up the tension, making it skewed. Poo. I think I’ll benefit from some practise but I also think that Tapesty crochet might the way to go instead. Any advice? 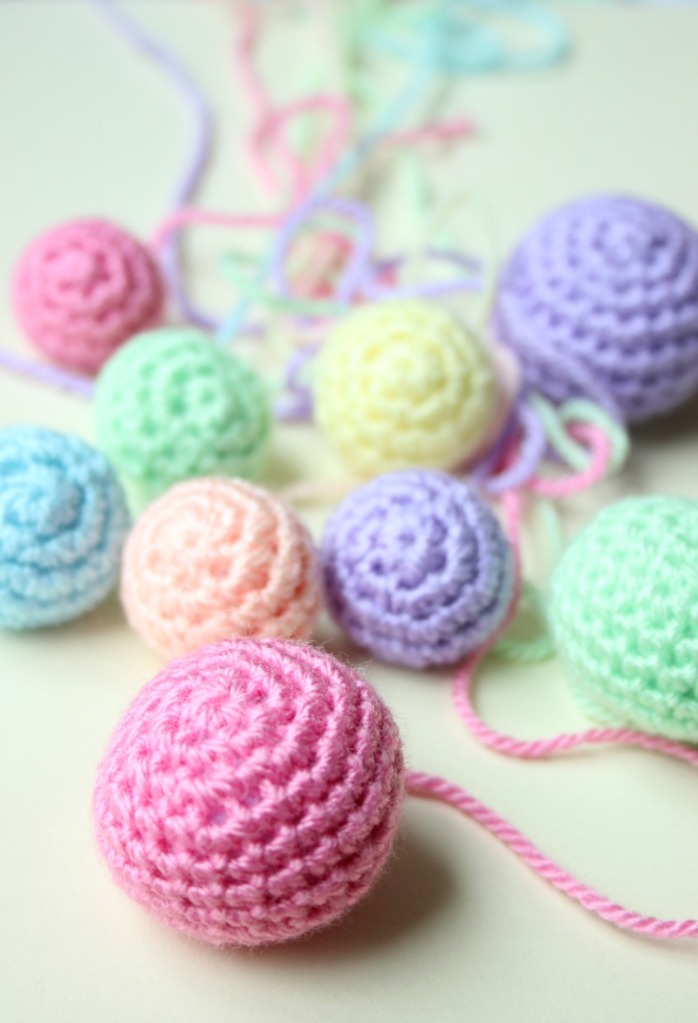 This is part of my Brightoween ColourSwapCraftPop on Instagram. I’ve done a bit more on this project than this picture suggests but I’m still not quite finished. 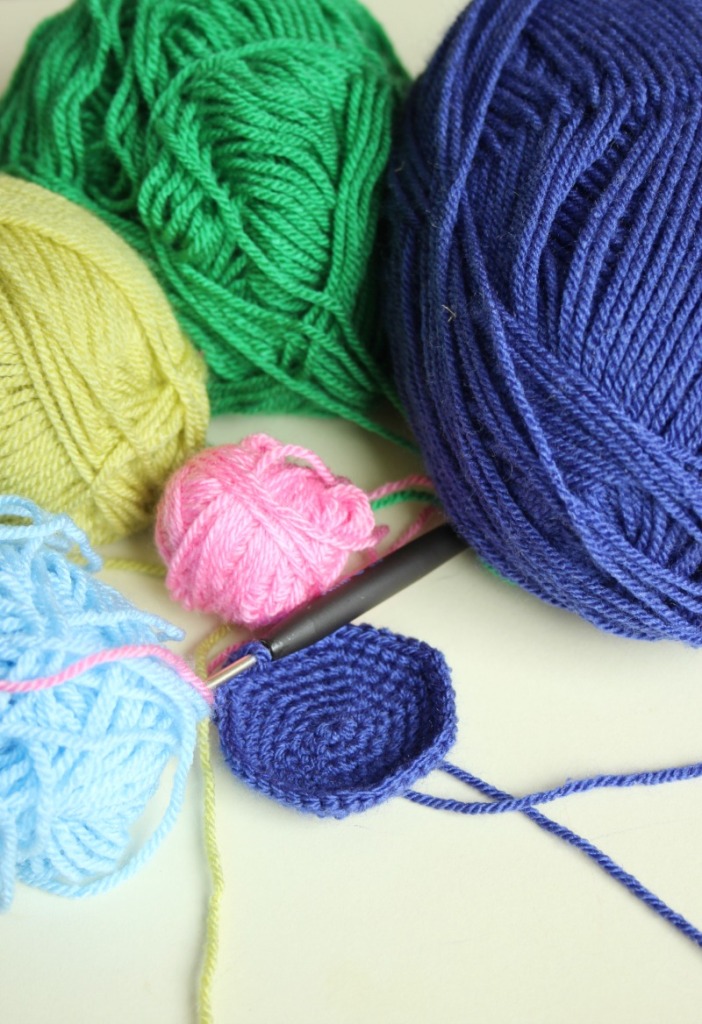 Whilst messing about with the Brightoween and Tunisian projects yesterday another idea popped into existence. I had to try it immediately. 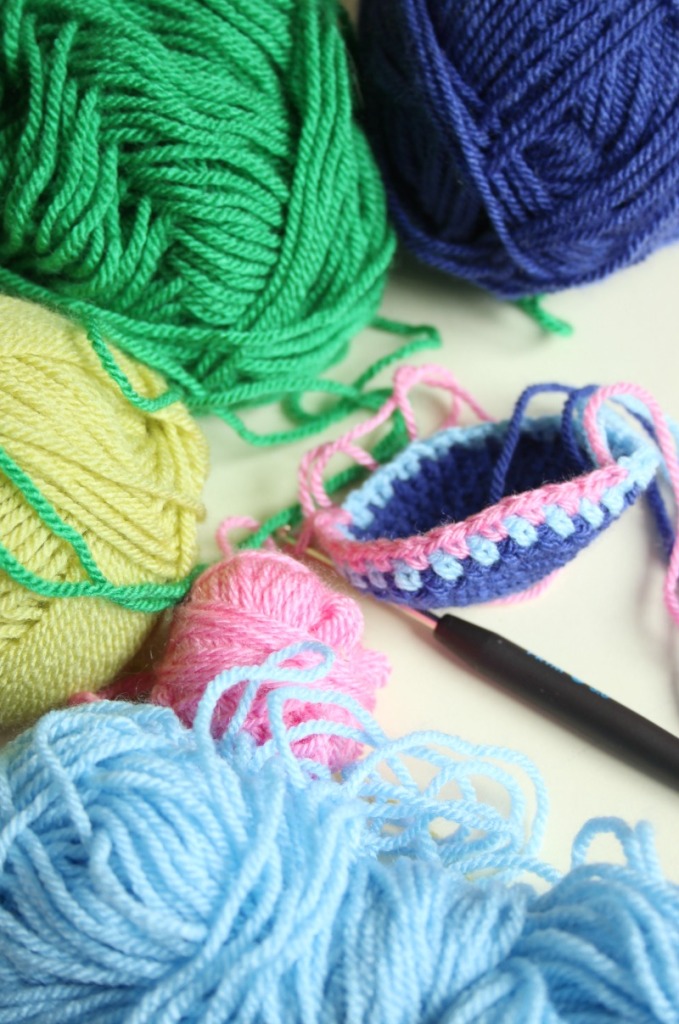 I’ll try and get this finished for next week although I’m well aware that I say that sort of thing quite often. I’ve got a crochet pattern/tutorial in handwritten scribbles that I’d said I’d publish this week. That’s really not going to happen. Not yet anyway. 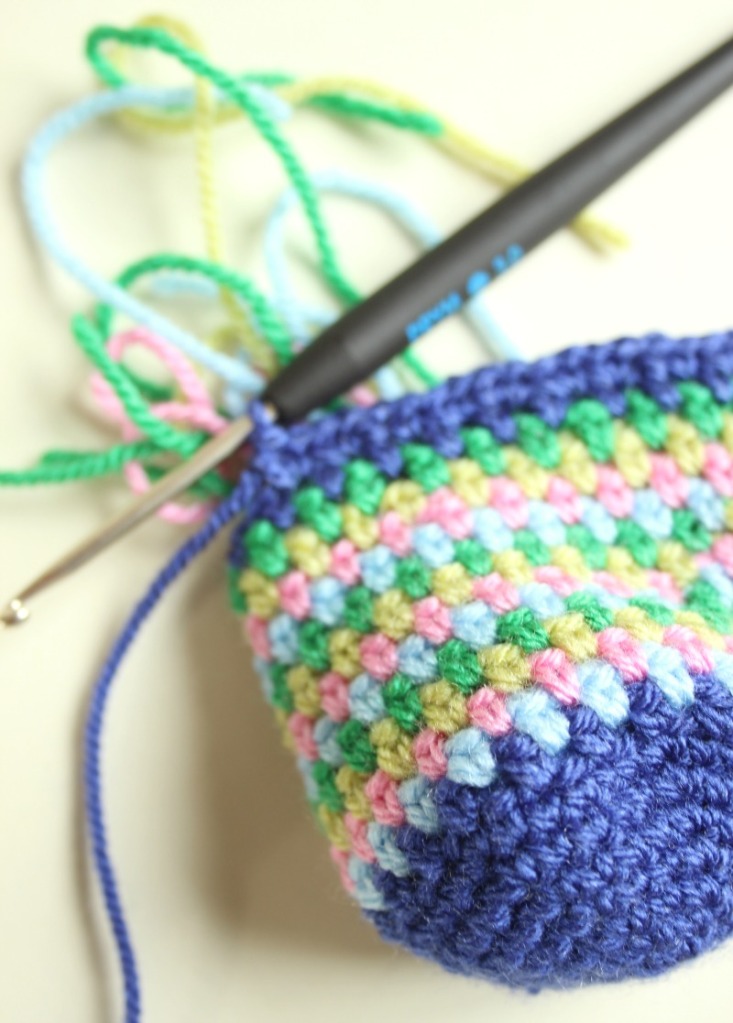 This idea is a lot more simple than the other not-yet-ready pattern. I think it’ll be a fun one so stick around for a future blog post. 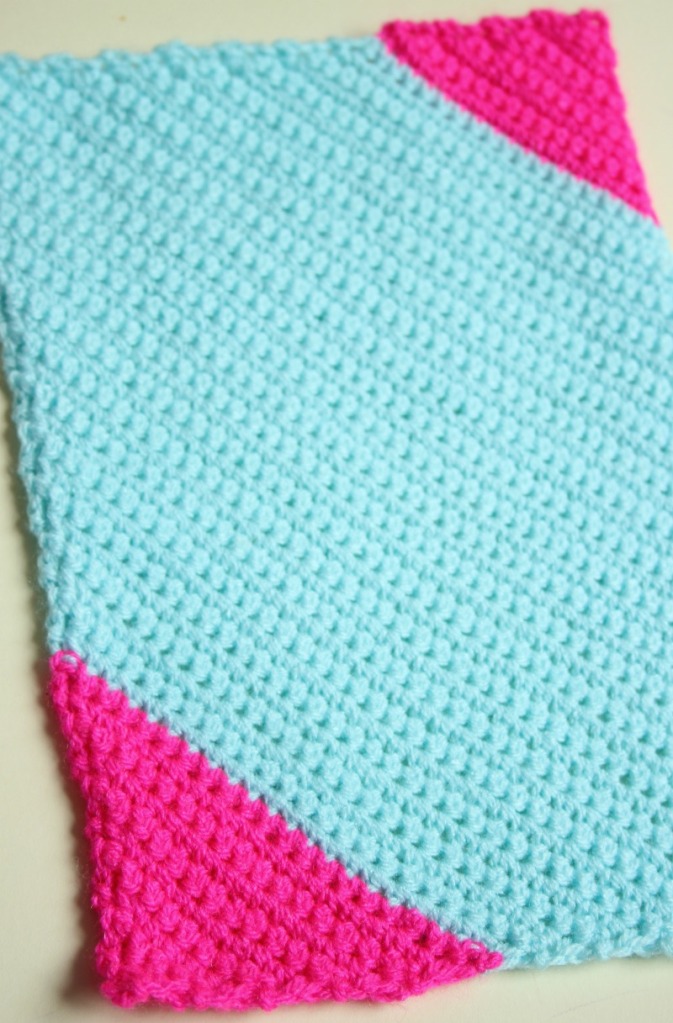 Then there’s this, which is related to the c2c geometric square cushion I made recently. I really hope this one looks like my imagination tells me it will look.

And now I need to go and make dinner before collecting Eldest from Judo. I really hope that some of these WIPs will actually be finished at some point soon. Today is not the day.