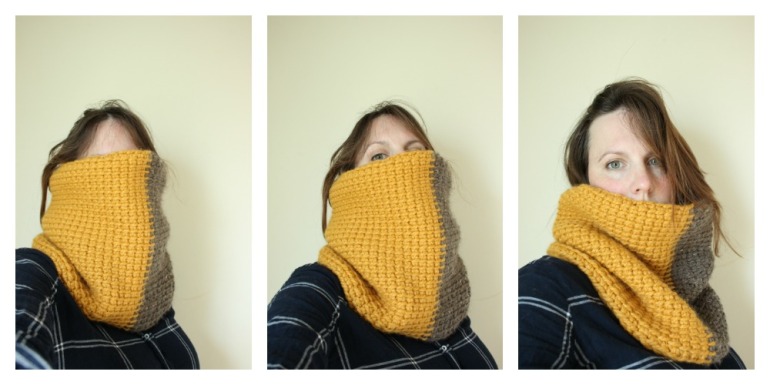 I may as well start with more pictures of me! (I know why I keep having to do this, it’s because I keep making hats and scarves that have to be worn to show what they’re like). I promise it really isn’t going to be a regular occurence. 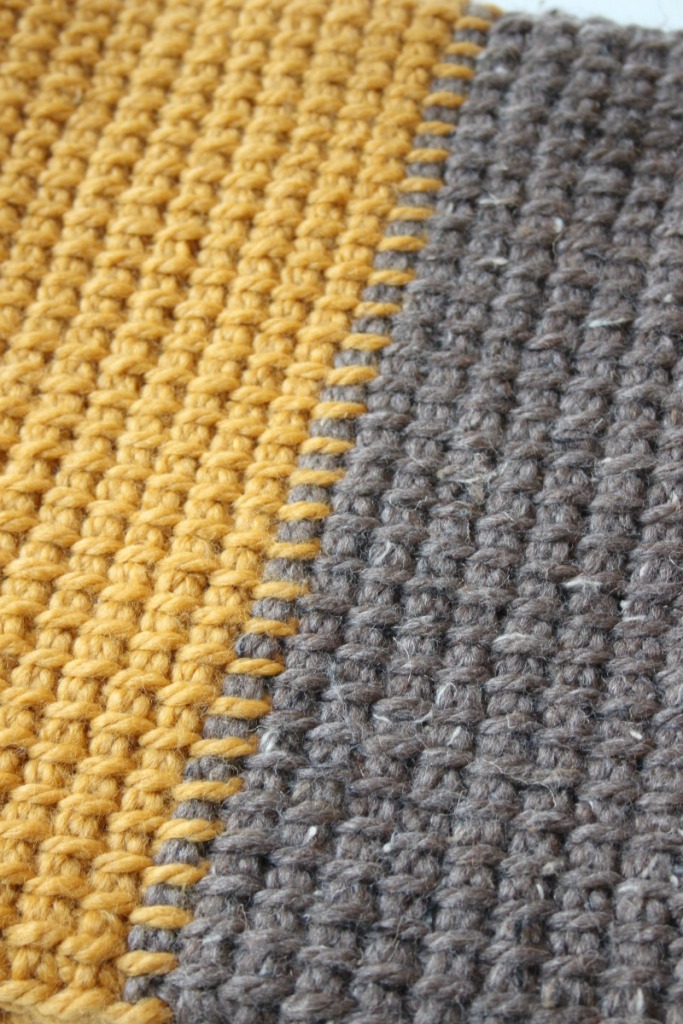 It’s my Tunisian crochet cowl, which is a fabulous free pattern by BHooked. Once I got stuck in it took next to no time. I wrote about the beginnings of it a couple of weeks ago. I’m wearing it right now, I’m absolutely freezing. I used different colours to the original pattern. I ordered mustard and barley Lionbrand, Wool Ease Thick and Quick from Woolwarehouse. When I first put it on it was quite stiff even though my tension couldn’t have been that tight (I would have had loads of yarn left over if it was too tight and I didn’t). It’s sitting a lot better now that I’ve worn it a few times. 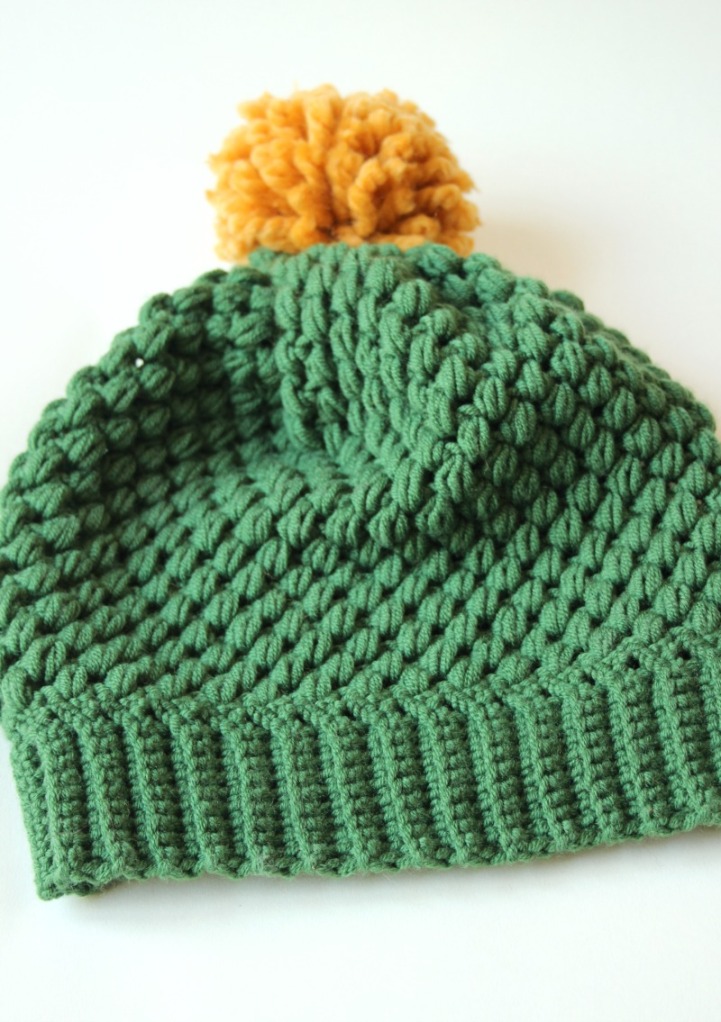 To go with my new snood/cowl, I made a hat with Drops Big Merino. The pompom matches the cowl but the cat found it and has mauled the hat slightly. I came down stairs the other morning to find lots of mustardy worms sprinkled on the carpet. She does love a pompom. 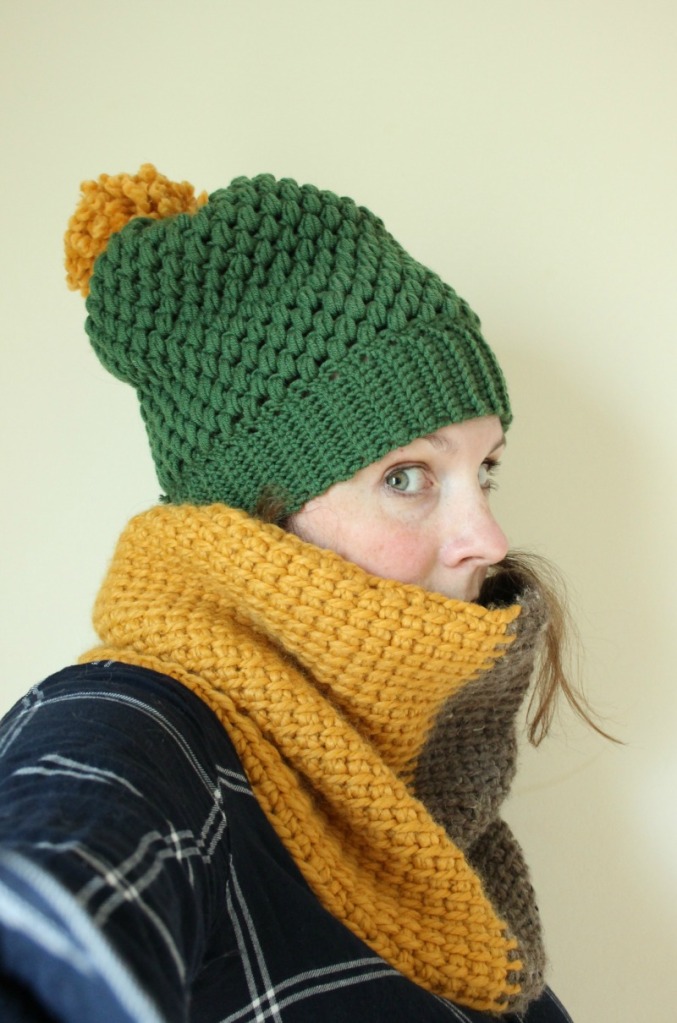 Can I get away with this combo? I’ll at least be warm! 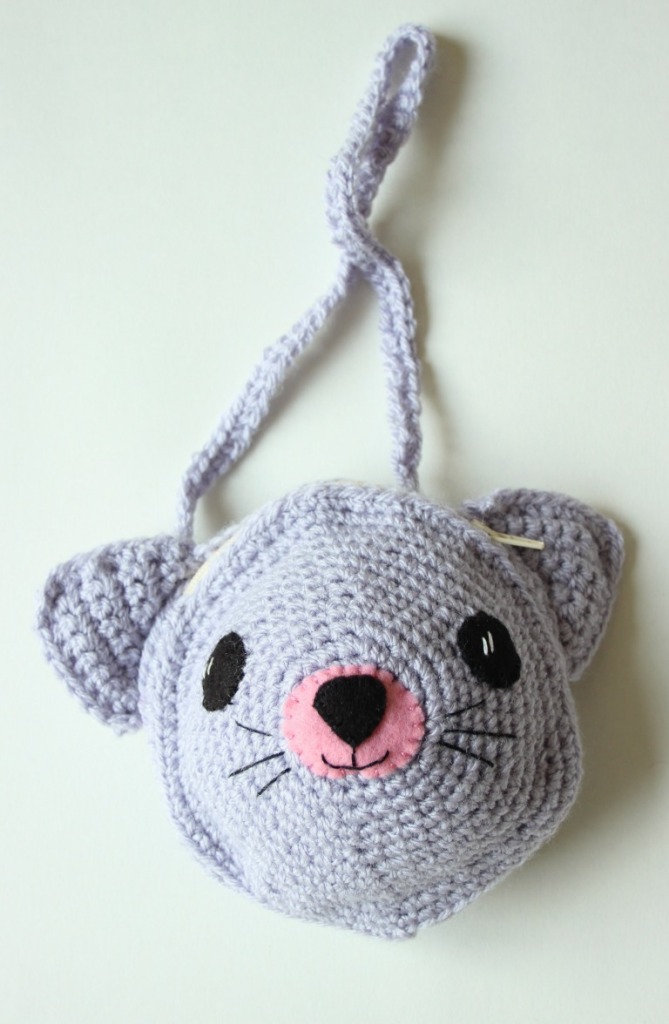 I finally got this made. A cute kitty purse by Nicki Trench (from the book Cute and Easy Crochet). It had been sat waiting (half made) for a few weeks. I was gearing myself up towards getting out the sewing machine. The thought of dragging it out from the cupboard under the stairs and then setting it all up was a bit of an effort (so lazy). I thought it’d be better to wait until I had a few sewing jobs and get them all done at the same time. Mine looks more like a mouse but, whatever. 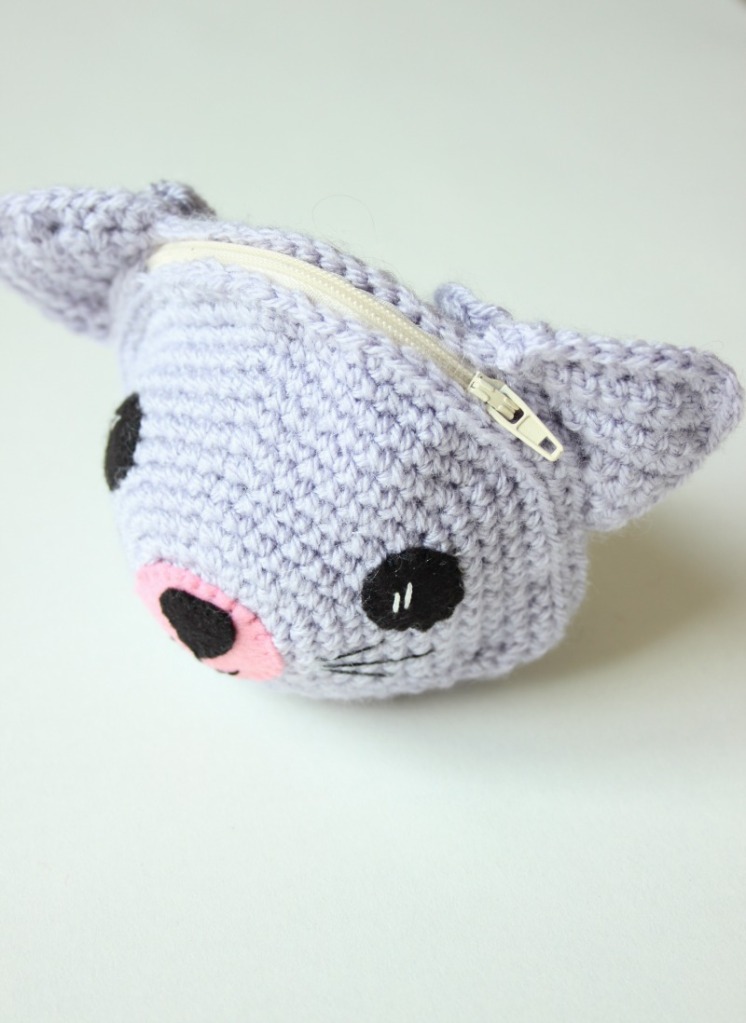 It has been posted to my niece whose birthday was in the middle of August. Seeing as she’s only two I didn’t think she’d notice that it was a momentarily delayed. 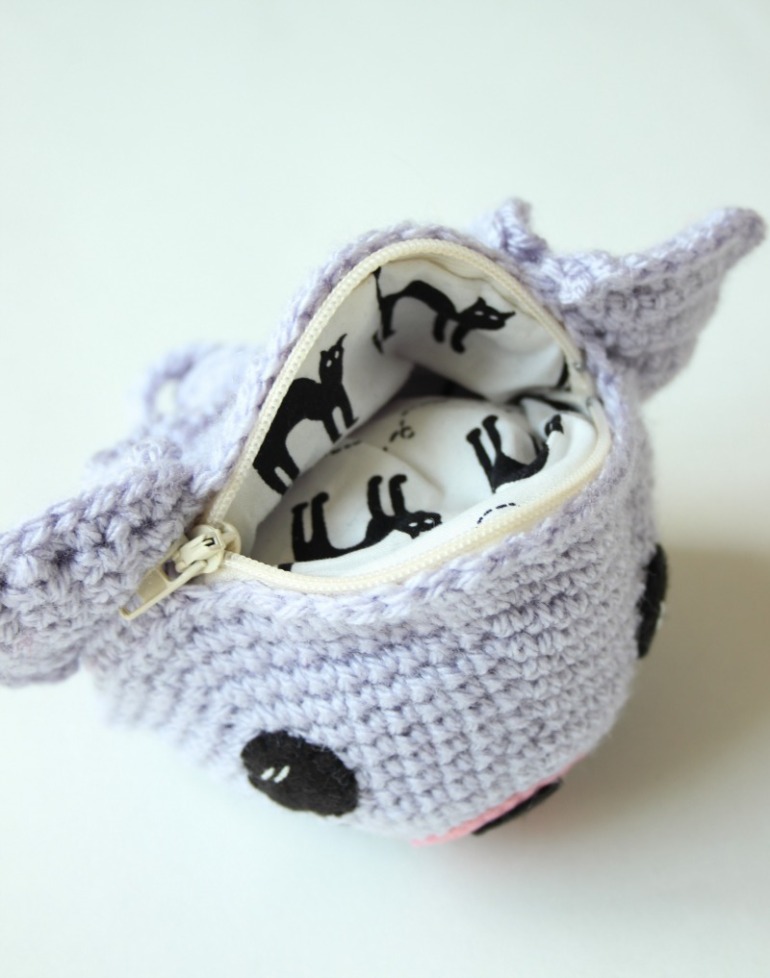 The lining is my favourite! More kitties! It’s from Fabricland. I bought it a year or two ago but I think they still sell it. 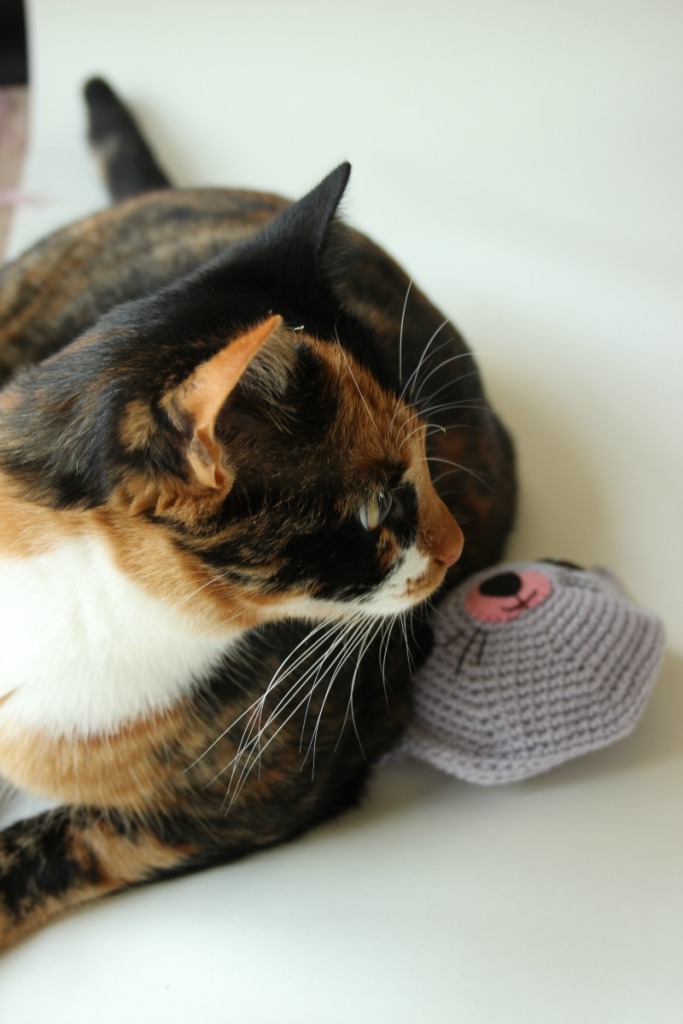 Marceline is always nosey. She came over and sat on top of all the crochet. 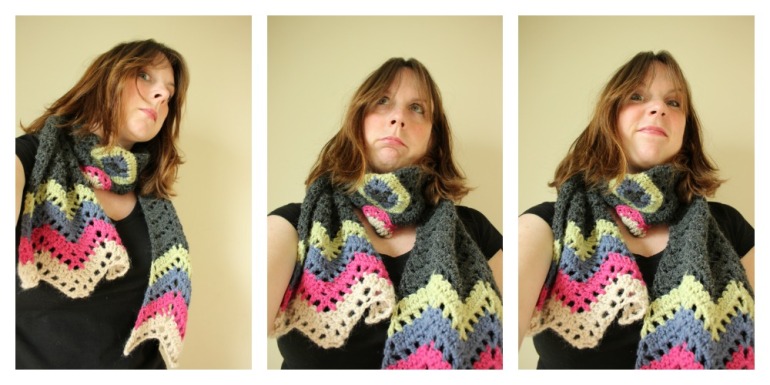 Sorry, more selfies. I had no idea how tricky it’d be to take a picture of a scarf! The angle you need to get it all in! This is the Geoffrey Scarf by Potter and Bloom. 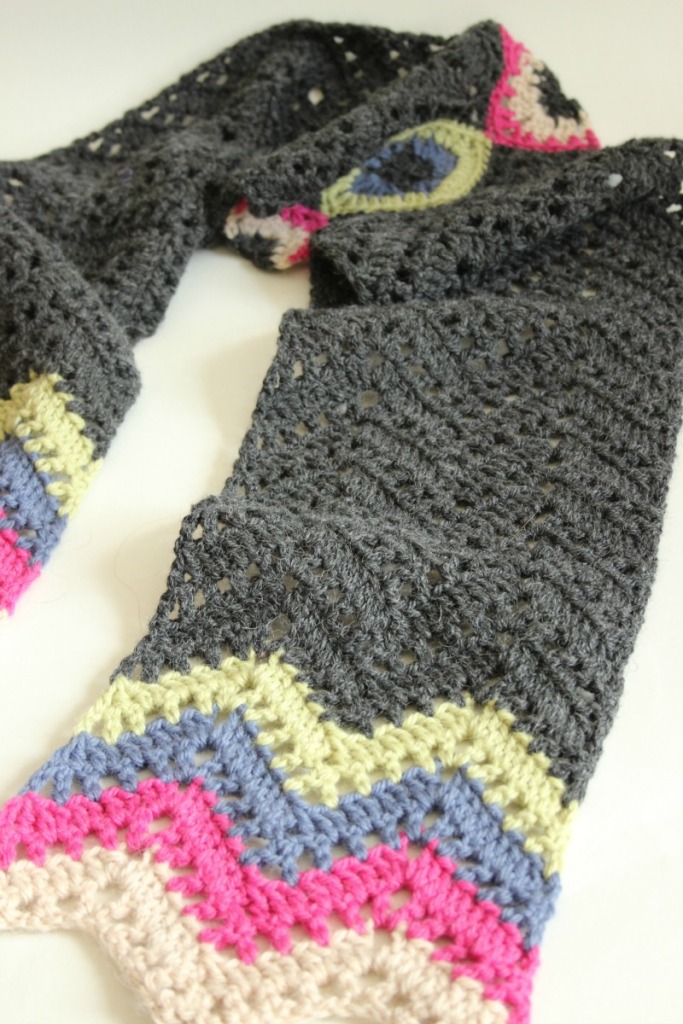 Isn’t it lovely?! I watch podcasts every now and again (they’re vlogs really but podcast seems to be the word that has caught on) and I have recently found one by Potter and Bloom. I have now stalked Emma everywhere: You Tube, Twitter, Instagram, Ravelry, her blog; I have probably made quite a nuisance of myself. But it has paid off because when she asked for pattern testers for her Geoffrey scarf I was there shouting “pick me, pick me”. I spent last weekend scrutinising every last word, number, asterix of the pattern… It was like a really weird crochet exam. 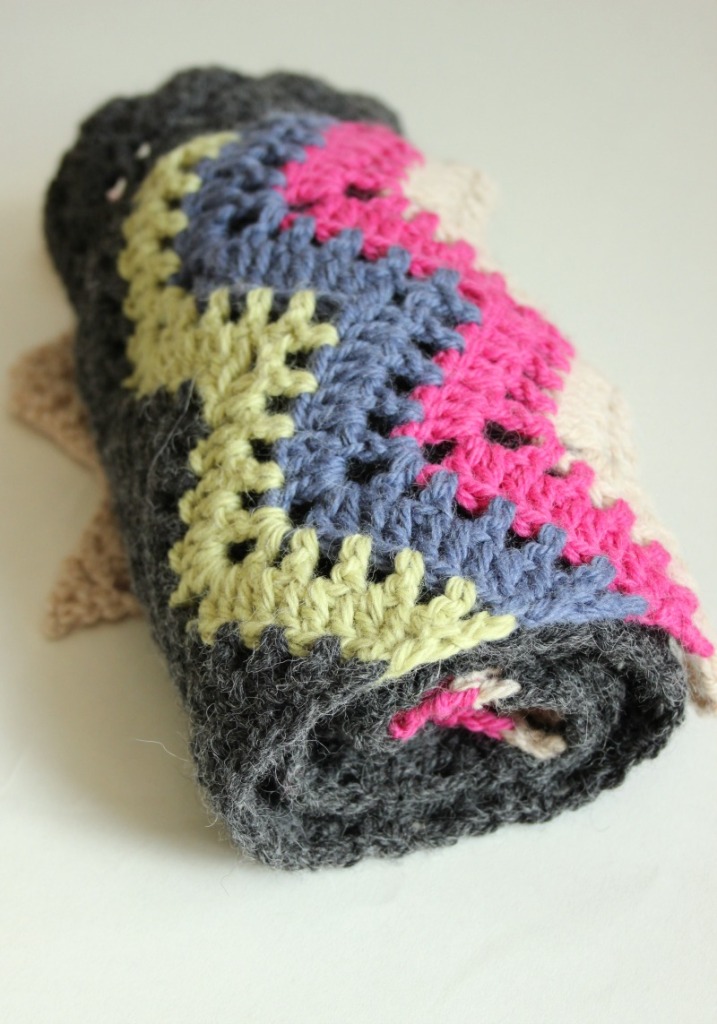 I have never read a pattern so intensely in my life. I wanted to do it properly though. I thought it’d be a doddle; it was only a scarf! I thought I’d get it done and dusted in a few hours. It was actually a lot of work. It was a good experience though and I’m glad I’ve done it. It also turned out that I was the first of a handful of testers to finish. That means I get a lovely gift of Paintbox yarn from Emma! I’ll report back on that another day. 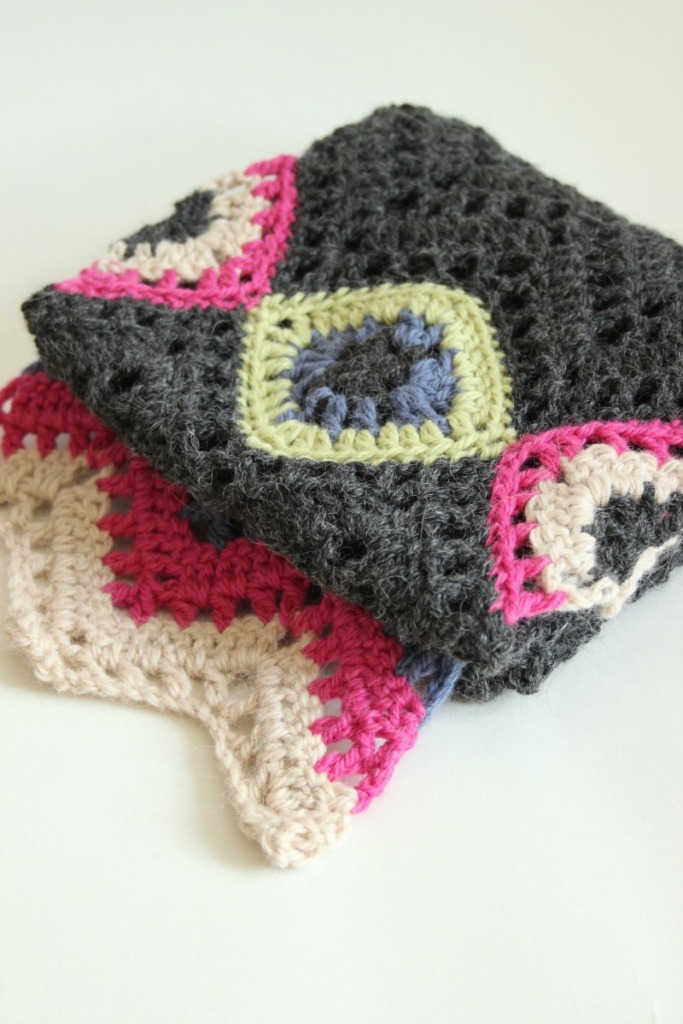 There’s a nice intersection of motifs in the centre of the scarf. When it’s wrapped around your neck they sit nicely at the front. My middle motif looks like an eye. It’ll be staring at whomever I talk to when I’m wearing it. Except for it won’t. I’m not keeping it, I’m putting it aside as a Christmas present. I’ve got my chunky Tunisian cowl! 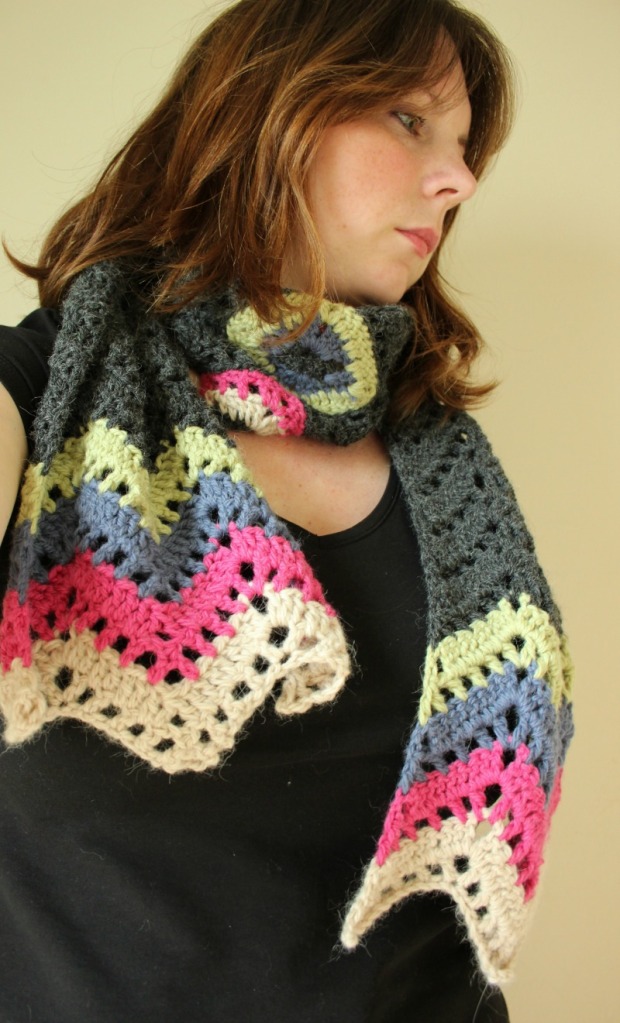 Should I add tassels to the pointy ends, or leave it as it is? I think Emma decided to leave hers, she had pondered over the idea of pompoms. 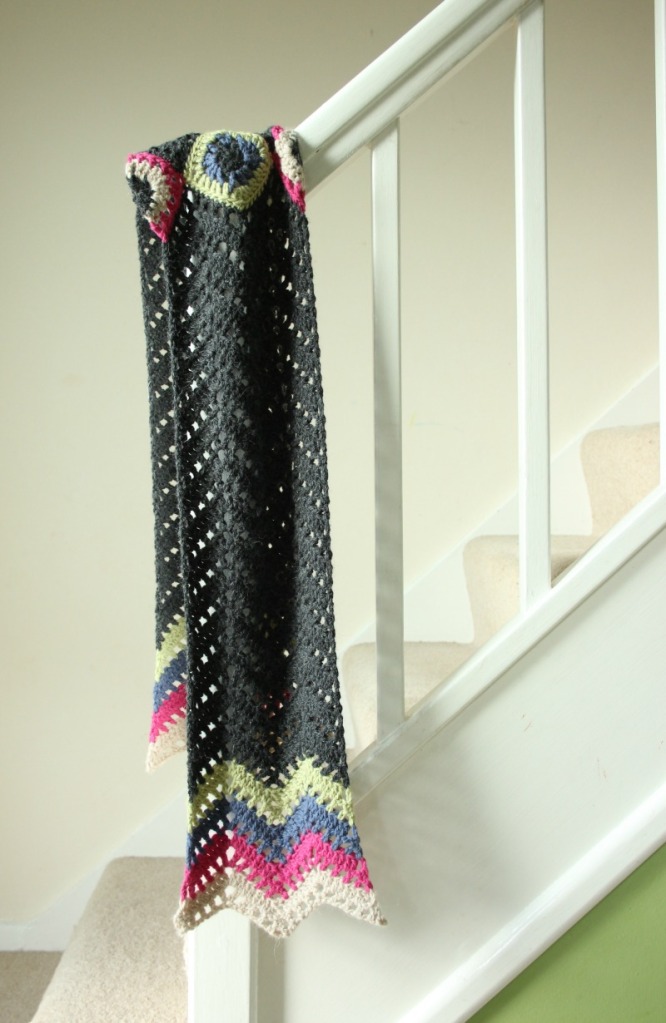 If you’d like to hear more about the Geoffrey scarf, pop over to You Tube to watch Episode 10 of Potter and Bloom’s podcast. Just before the six minute mark is the part where my fellow testers and I are mentioned. And If you watch Episode 9 just before the 27 minute mark she starts talking about yarn for a shawl. Yeah, that was my joke!! How exciting to be mentioned! I was watching the podcast whilst cooking the tea (sausage and mash!) and had to “rewind” as I hadn’t been quite sure I’d heard right. But you should watch all of them! Not just the bits I’m in!

And there have been so many other exciting things happen this week. It has been ridiculously busy… A winner for the Take Care Mohair Giveaway was picked yesterday (that was over on Instagram), I’ve been to an event run by The Creative Business Network to get a massive injection of motivation (the artist Sarah J Perry gave a talk on Imposter Syndrome) and I’ve actually been writing out some new crochet patterns. It all feels great! But I must get on, I need to continue writing patterns. I forgot that it’s half term next week, which means I lose time I thought I had!

24 thoughts on “Crochet Catch up. October.”